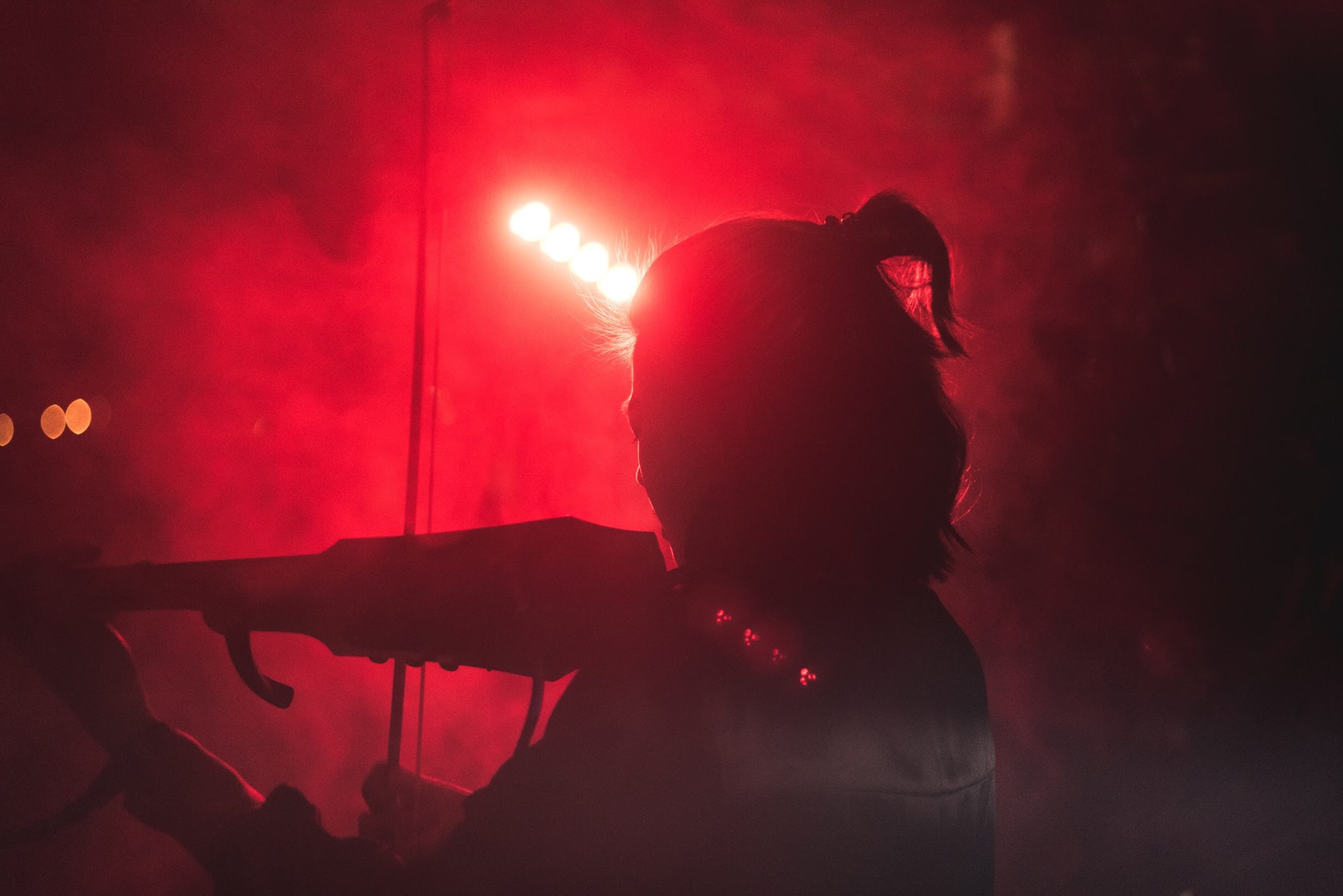 A skilled DJ, producer and violinist in her own right, Olivia’s innocently quirky, wild yet always elegant musical style covers a wide sonic range, from uplifting disco to deep house to pumping techno. Heavily influenced by the early sounds from labels such as Innervisions, Running Back, Disco Halal, Life and Death, Suara, Permanent Vacation and Ninja Tune, the art behind her performance lies not simply in her ever-evolving track selection, but also in the ability to turn even the most eclectic underground tracks into instantly accessible dance floor hits by adding her own meticulously arranged live violin and vocals. Seemingly part of the track, Olivia blends melodies and rhythms effortlessly into her set, giving her a unique edge that stuns every crowd she plays for.

Born in Hong Kong under the name Olivia Dawn Mok, Olivia started learning the violin and piano at the age of six. She left her hometown at fourteen to study high school in the United States, where she honed her songwriting skills and fell in love with music. After having graduated with a classical violin degree from The Juilliard School in New York, Olivia moved to Valencia, Spain, where she began experimenting with jazz and arabic music at Berklee College of Music on scholarship and discovered electronic music production.

Her first single will be released in March as part of Reptile Dysfunction’s 2019 compilation for Miami Music Week, where she will make her US debut alongside Doorly, Krystal Klear, Tiga, Green Velvet and others. In just two years since she picked up electronic music, Olivia went from playing in her bedroom to playing at Tomorrowland for two years in a row (Cafe Mambo stage) with her duo “Until Dawn”, and recently made her solo debut at ADE in Amsterdam along with a spectacular Australian debut at Babylon Festival playing alongside techno and house legends Carl Cox, Amelie Lens, Nina Kraviz and Damian Lazarus. She is sponsored by Nike and Shanghai Tang, and is an active member of the World Economic Forum Global Shapers through which she advocates sustainability, equality and mental health. She has been featured by luxury brands such as Porsche, Tudor, Frank Muller, Roger Vivier, Max Mara, Chanel etc. and continues to curate music for fashion shows around the world.

(We welcome Walk-Ins, however Eventbrite RSVP will automatically have a spot on our guestlist and have priority due to capacity)
Table Booking & Enquiries: +852 2520 1117 | info@ophelia.com.hk