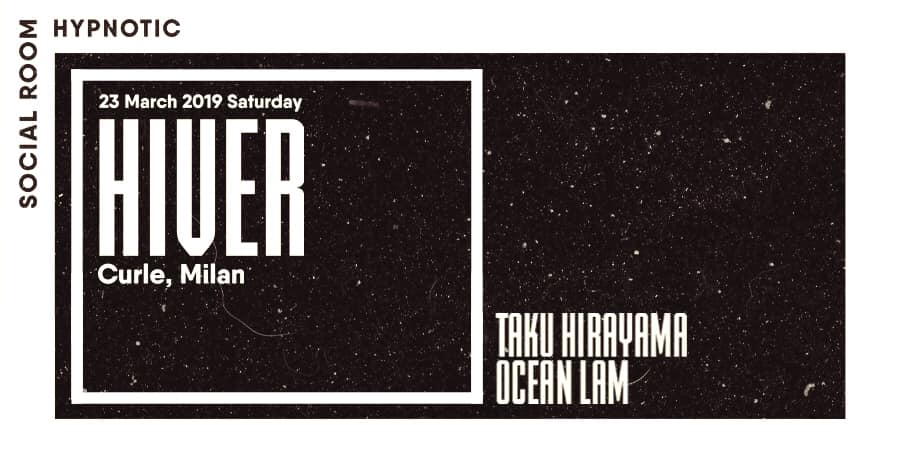 As said by the so missed Juno Plus: “The middle ground between US and European electronic music is where the work of Hiver exists”.

Echoing melodies and haunting rhythms, Giuseppe Albrizio and Sergio Caio, have given form to Hiver back in 2012. Since then, they’ve started defining their aesthetic path: Their debut Ep “A Day”, on Vidab Records, has been followed by the highly acclaimed “Blue Aconite” Ep, released via Curle Recordings and including a Tobias. remix.

Thanks to this releases, Hiver’s name started to be reckon worldwide.

Clubs and festival promoters has soon started taking note of their works, as testified by their shows at Panorama bar, Dimensions Festival, ADE, Oval Space, Rio De Janeiro and a 5 shows Asia tour, just to name a few. In the meantime, other labels and producers started approaching Hiver with collaboration offers.

With other 3 EPs signed on Curle, appearance on Luke Hess’s Deeplabs label and further releases on Obscura, LET and Fides; tracks on Kann, Appian Sounds, Bokhari and Taped Artifact the ground is set to allow Hiver to push their sound to a further level.

Apart from music production, they held a regular monthly show at the infamous Milan's Dude Club since 2012 to 2017.