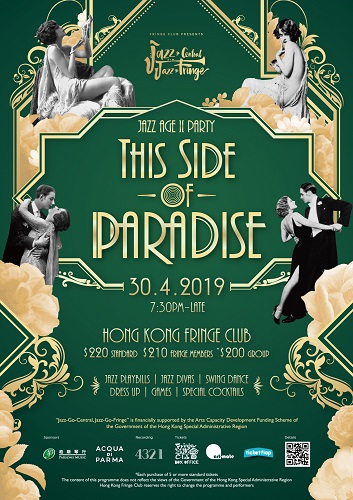 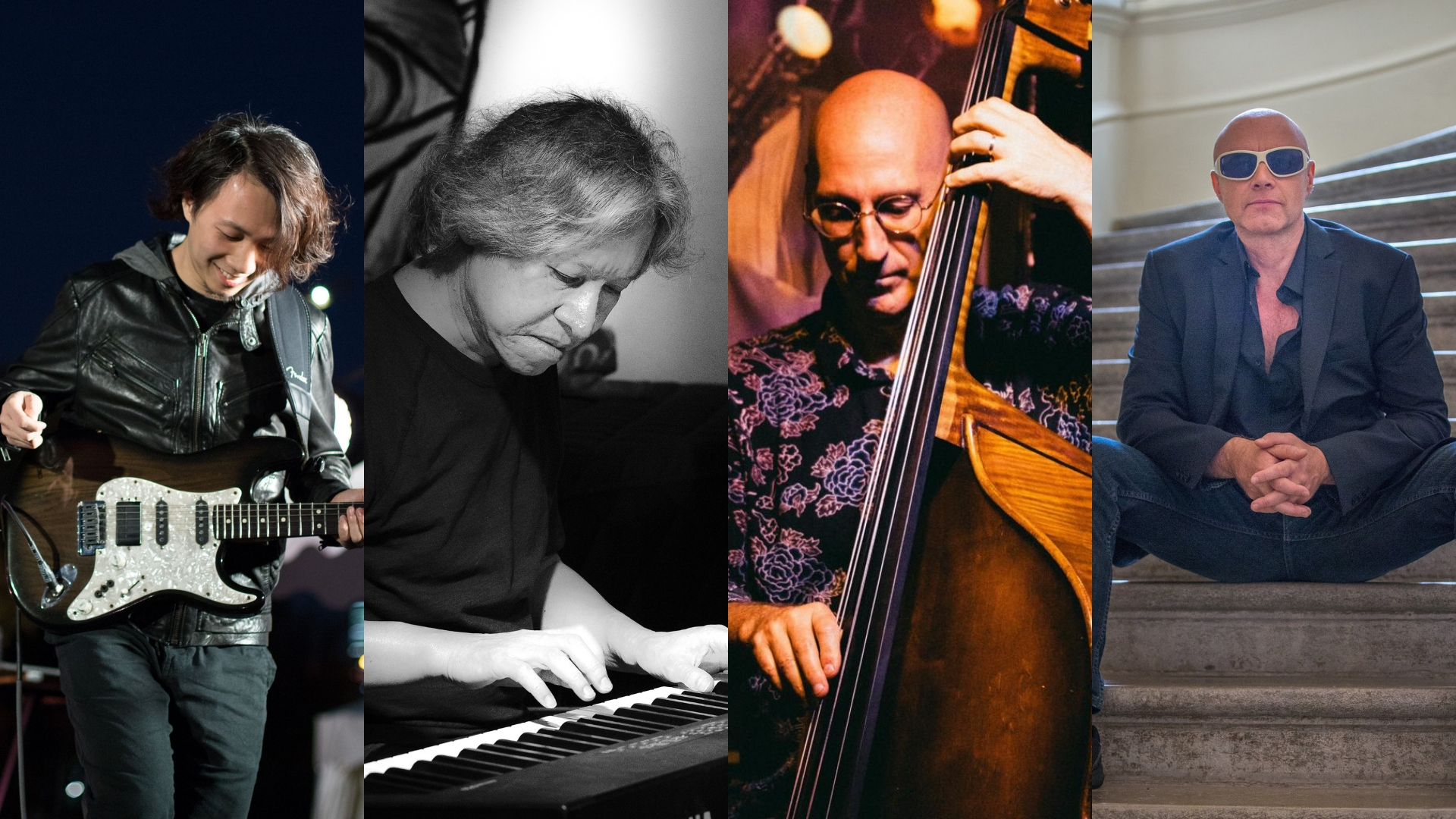 Known as “Hong Kong Jazz Grandmaster”, Ted Lo pursues a diverse career as a musician, composer, music director, arranger and producer. Ted began his musical journey as a freelance pianist in the Boston area during the 1970s. His career included stints as a member of “Herbie Mann and The Family of Mann” and the Ron Carter Quartet. 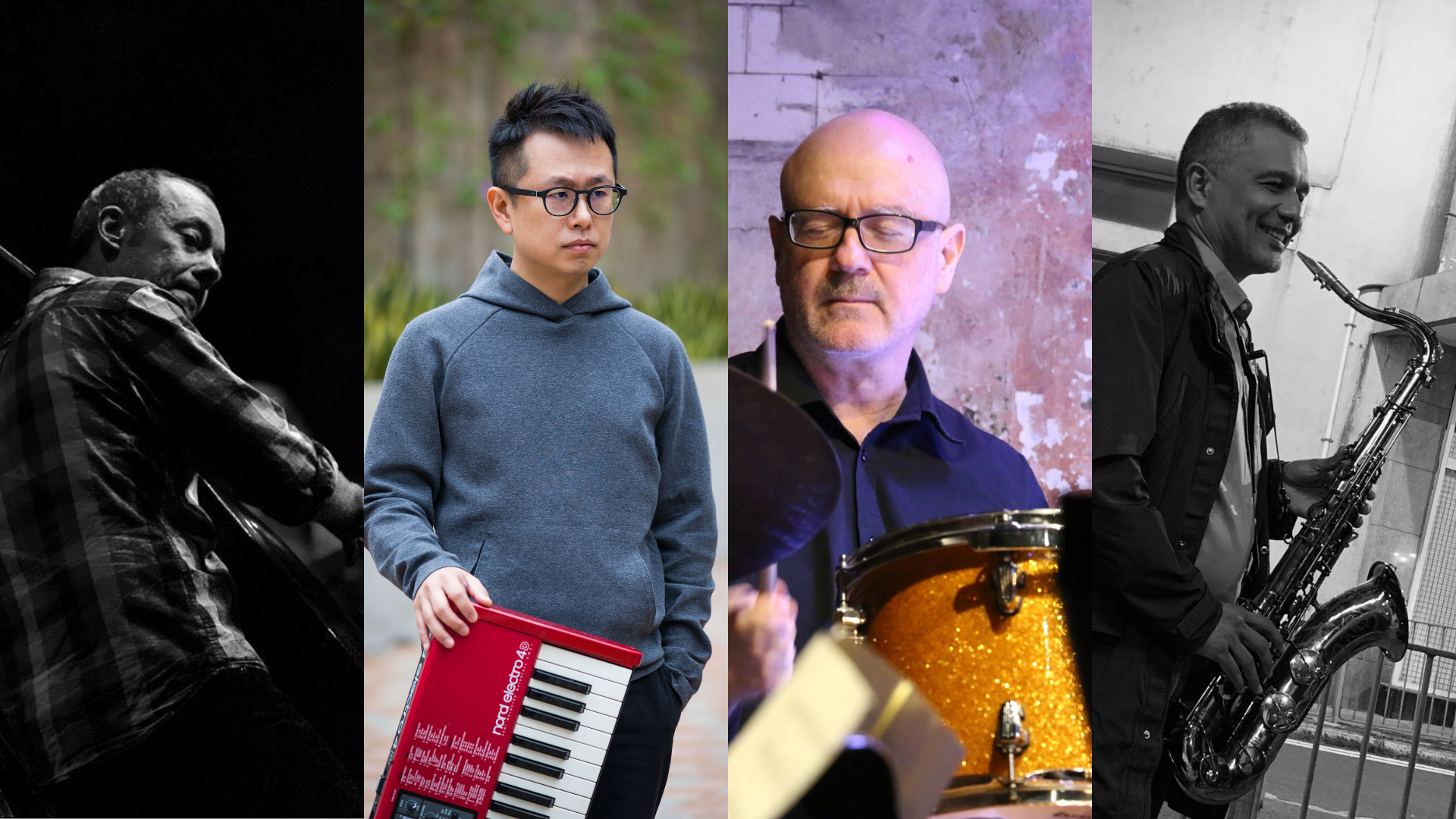 Award-winning Composer and Pianist Patrick Lui was a semi-finalist in the Bucharest International Jazz Competition. As a composer and arranger, Patrick has led and performed with several big bands in Hong Kong and abroad. In recent years, he founded his own jazz orchestra playing his original big band works, some of which performed under the direction of Grammy nominee Dr. Gene Aitken. Earlier this year, he finished recording an album of his own compositions in New York. Tjoe is a leading Hong Kong-born-and-bred musician. This alumnus of the Musicians Institute is a favoured sideman in the Pop scene, a talented Jazz and Blues guitarist, and a proficient arranger and composer. Currently the official artist of Melancon. Henry Chung is the premier blues harmonica player and bandleader in Hong Kong (HK) and all of Asia. Chung was rated “one of Washington’s top jazz and blues musicians” by Washington Post in 2006. In 2004, Chung was officially inducted in the “Harmonica Hall of Fame” in the USA. 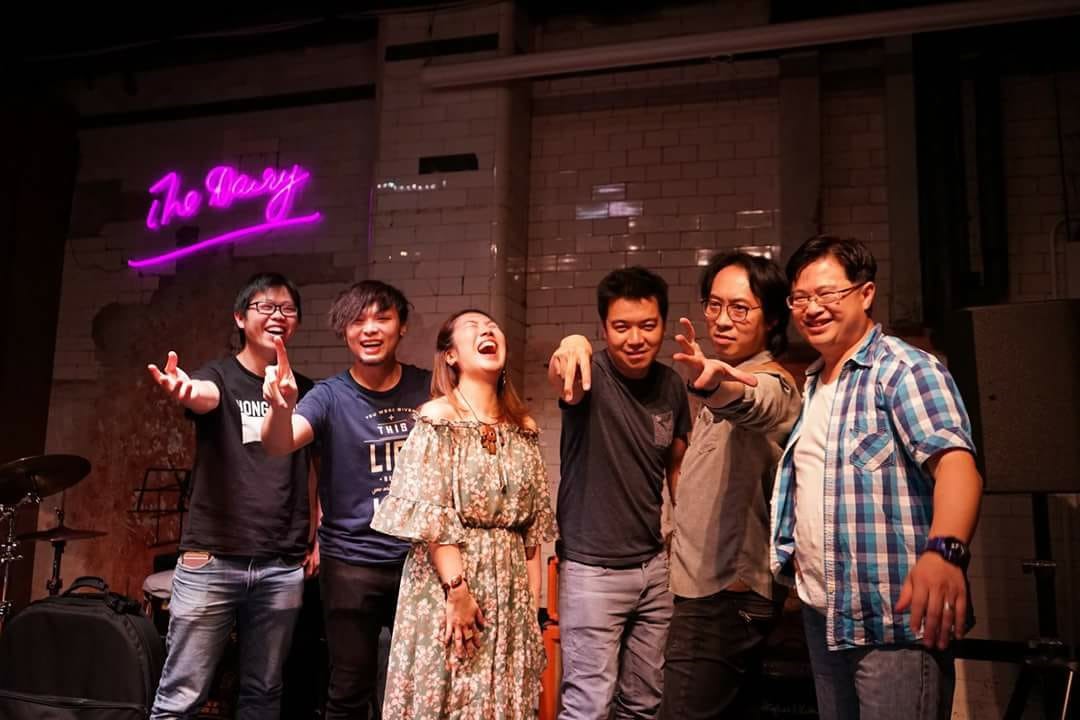 Led by local jazz vocalist Kylie Estrela, Gwat6 Koeng5 features some exciting experimental and redefined, jazzified Cantopop and Mandopop. The band’s name has the double meaning of Persistence and Jazzicians (in the Mandarin pronunciation). It has a connotation of jazzicians who persist in playing jazz even though this genre is small compared to mainstream pop music. 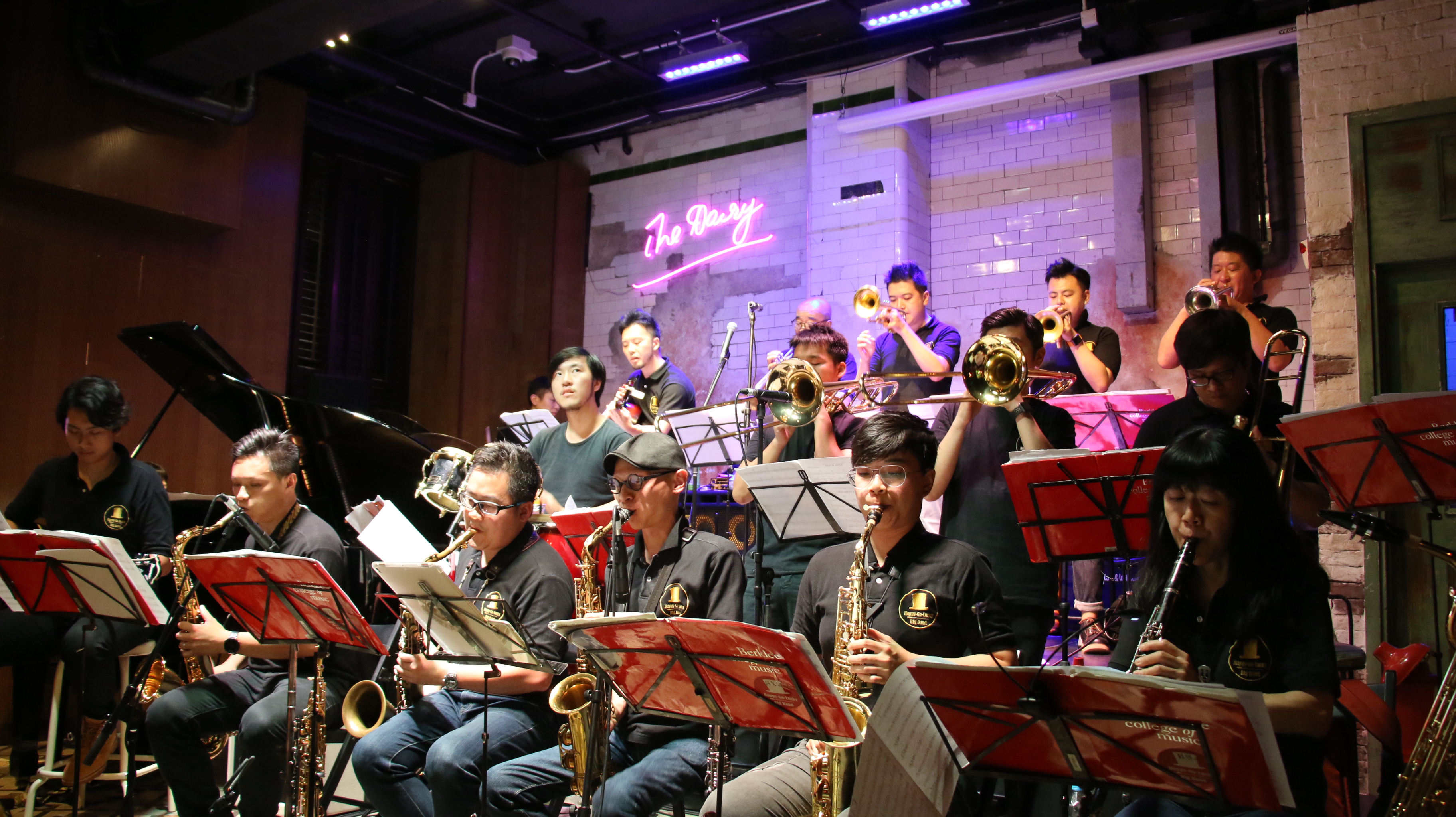 The Happy-Go-Lucky Big Band, led by Japanese trumpeter and conductor Kenny Matsuura, was formed in 2010 as a rehearsal big band at a rented studio in Kowloon. The band is dedicated to studying and performing Duke Ellington’s classic compositions. It has been performing at the Fringe Club for many years – in fact its 30th performance at the Fringe Club took place on 3 June last year. 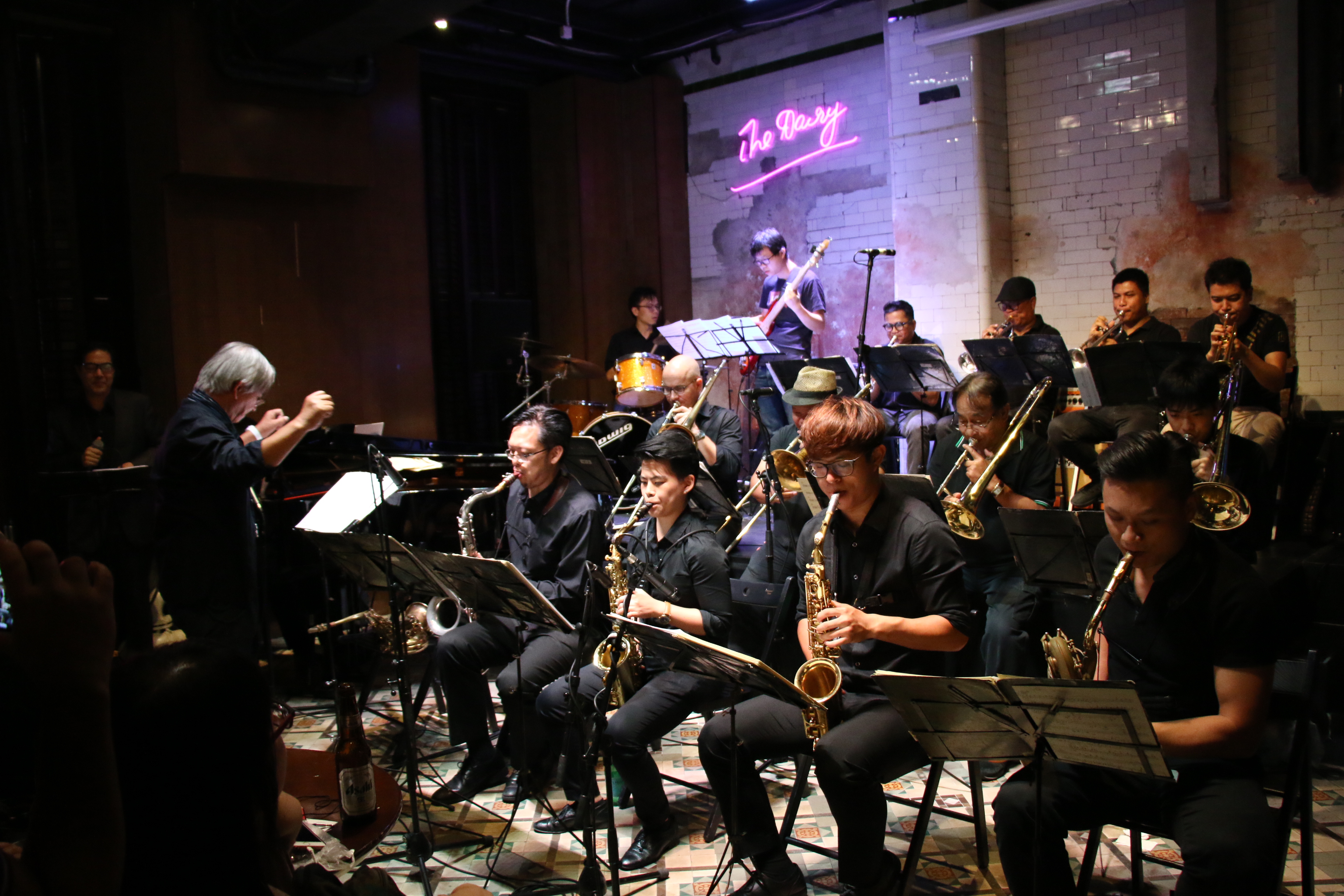 The Saturday Night Jazz Orchestra, founded in 1990, is the most authentic Swing Big Band in Hong Kong. The band comprises 20 rocking musicians from almost as many nationalities. Led by Taka Hirohama, the SNJO has performed in many music and arts festivals, including “Spotlight Hong Kong in Penang” in June 2014.