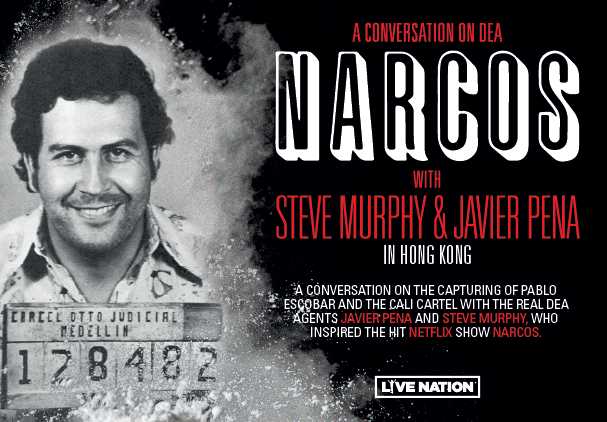 The United States DEA Agent Steve Murphy and Javier Pena will be coming to Hong Kong to tell the true story about Pablo Escobar, the disputed “king of cocaine” and the inspiration of the NETFLIX hit drama Narcos.

The actions of Pena and Murphy were the inspiration for the hugely popular Netflix crime series Narcos, which tells the story of Colombia’s infamous drug cartels and Pablo Escobar’s fight to maintain his position as the most powerful player.

DEA Agents Pena and Murphy will speak about the rise and fall of the Medellin Cartel and the role they played in bringing down its notorious leader, Columbian drug lord, Pablo Escobar. Including exclusive stories and images not seen in the series, this unique event gives Narcos fans, and those interested in Pablo Escobar, the opportunity to hear first-hand from the two men who were key in his capture in 1993. The evening’s discussion will also shed light on their input into the hit Netflix series, where they reveal information which doesn’t feature in the show, and will be followed by a Q&A session with the audience.Don’t miss this incredible upfront opportunity to hear directly from the agents in an intimate environment. 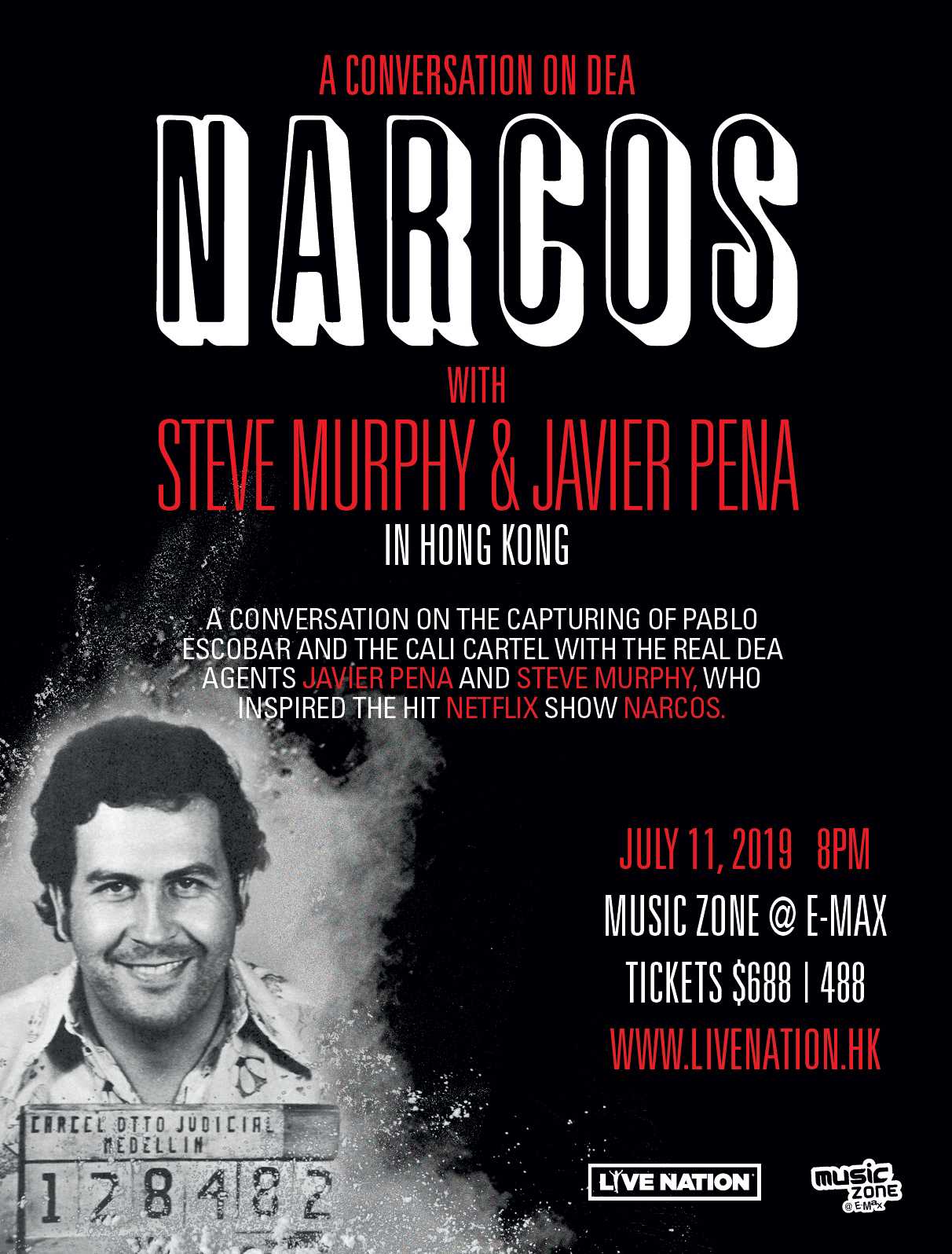