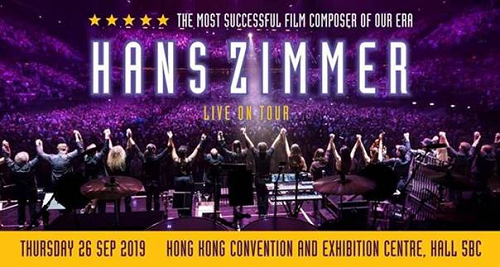 Lushington Entertainments is proud to announce multi award-winning film composer, Hans Zimmer will perform his most iconic movie scores live in Hong Kong for the very first time, on 26 September 2019 (Thursday) at the Hong Kong Convention and Exhibition Centre, Hall 5BC.

German-born composer Hans Zimmer is recognised as one of Hollywood’s most innovative musical talents. He has scored more than 150 projects across all mediums which combined, have grossed more than 28 billion dollars at the worldwide box office.

Hans Zimmer’s interest in music began early when he moved to the UK and met established film composer Stanley Myers where they collaborated on films such as My Beautiful Laundrette. In 1988, Hans’ solo work for Rain Man earned him his first Academy Award® Nomination for Best Original Score.

Hans Zimmer has been honoured with an Academy Award®, two Golden Globes®, three Grammys®, an American Music Award and a Tony® Award. His most recent Academy Award® nomination for Interstellar marks his 10th career Oscar nomination. In 2003, ASCAP presented him with the prestigious Henry Mancini Award for Lifetime Achievement for his impressive and influential body of work. He also received his Star on the Hollywood Walk of Fame in 2010. In 2014, Hans was honoured with the Zurich Film Festival Lifetime Achievement Award.

‘Hans Zimmer Live On Tour’ will be a visual spectacular where fans will journey through an orchestrated musical set presented by a live symphony orchestra and featuring the soundtracks of blockbuster productions including The Lion King, Gladiator, Pirates of the Caribbean, The Dark Knight trilogy, Inception and Interstellar. 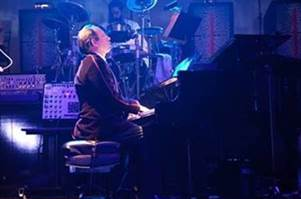