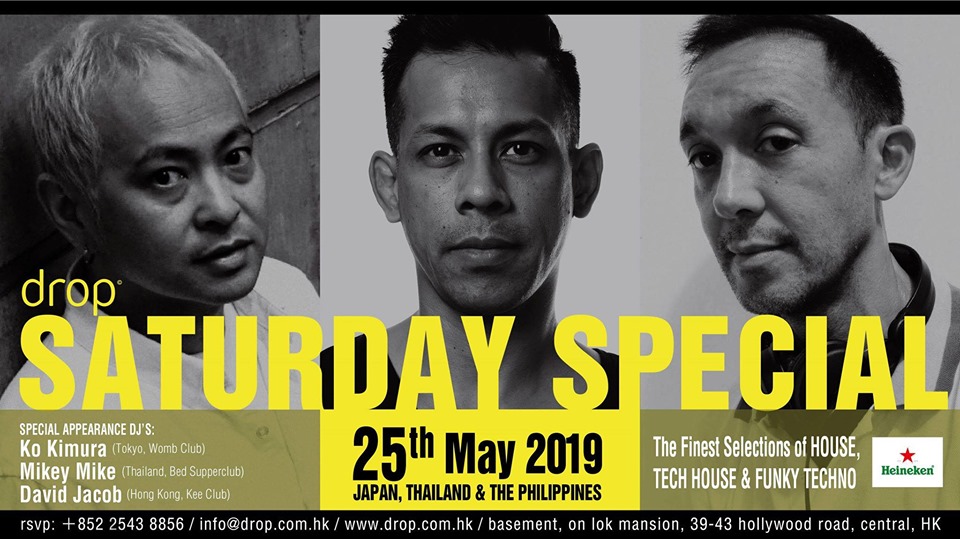 We are excited to invite the finest Asian DJ's at Drop for one night only.

In 2010 Ko Kimura celebrates 25 years of Djing. He taught himself how to dj in his teens and was one of the very first DJs in Japan to spin House music. Ko’s dj style is in line with the flow of the night and making sure the crowd has a good time. Accompanying his precise dj skills and experiences, Ko always selects the most cutting-edge sound from the diverse and ever-changing global dance scene making him one of the most favorite and sought after djs in Japan.

Ko is a favorite DJ of top djs in the world such as long time friend Satoshi Tomiie, Dubfire, Carl Cox to name a few. Almost every time John Digweed plays in Japan, Ko Kimura plays alongside him. Ko was the 1st Japanese DJs to compile and mix Bedrock compilation series released in Japan by Pioneer LDC in 2001. Digweed also featured Ko on his renowned radio show “Transitions” 3 times over the years.

With a career stretching over 20 years as one of the Thailand’s most respected names in electronic music and clubbing, Mikey is highly regarded as the driving force behind the tech-house sound that today’s Bangkok club scene is built on.

His career has seen him play to up for it crowds across the globe at some of the world’s most famous nightclubs. From holding residencies in Bangkok’s most iconic clubs and various hot spots around the globe such as the famous Bed Supperclub and Narcissus, Baby’s at the Hard Rock Hotel, Las Vegas and Decibel Club in San Francisco– this year sees him holding new residencies at two of Bangkok’s most important house and techno clubs, Wax and V Club. Add to that list his numerous guest appearances from Bali and Hong Kong to Singapore, and from Australia to Switzerland, it’s clear to see that Mikey Mike is a world class powerhouse DJ and artist.