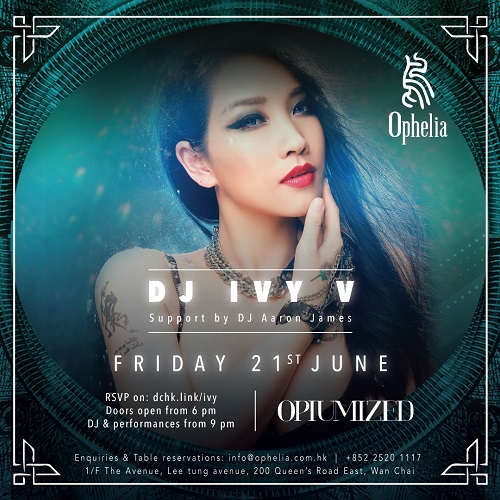 As her reputation grew, so did Ivy's international presence with performances across Asia and a sell-out European tour. In 2010 she was approached by Armani Hotel at the Burj Kalifa in Dubai to be their resident DJ - performing at both the award-winning Armani/Prive nightclub and on the expansive terrace lounge overlooking the brilliant fountain display at Dubai Mall. Several more Dubai-based residences followed including China Grill and Toko Dubai. In 2016 Ivy was named as Music and Performance Director for Buddha Bar at Grosvenor House.

DJ Ivy V's musical style encompasses many forms of house music with Deep and Tech House being two of her favourites. Her passion for the genre has earned her great recognition in the industry has been a mainstay of China's Top Ten DJ's since 2008. She also has been featured in many international music festivals. A favourite for many luxury brands, Ivy V is the DJ of choice for D&G, Hermes, Dior & Ferrari.

Enter a world that's entirely our own!