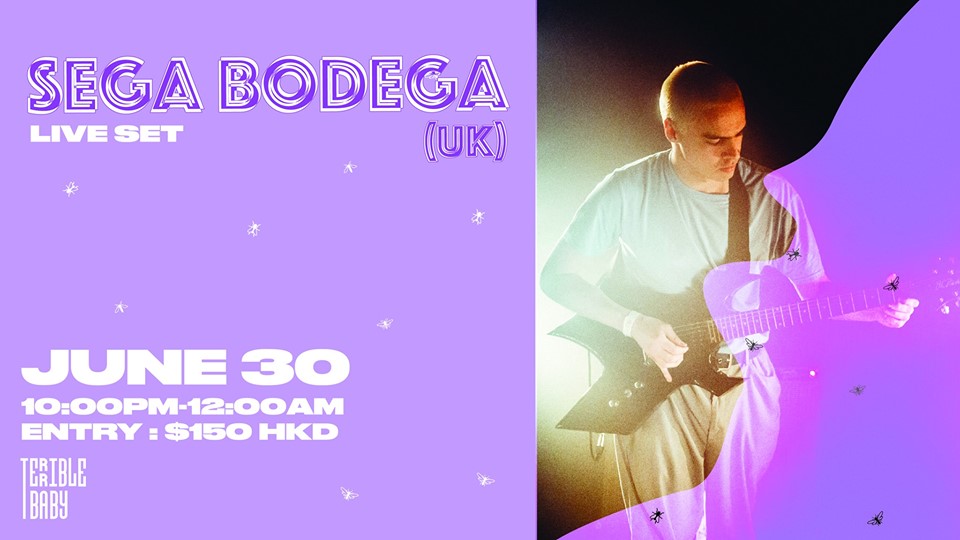 Born in Ireland, raised in Glasgow and now based in London, composer and performer Sega Bodega has built a reputation as being one of the UK’s most innovative and precocious creative minds. Inspired as much by his close network of peers as his love of cinematic soundscapes, his work in and out of club spaces has already seen him chalk up a comprehensive back catalogue of music spanning genre, style and composition.

Released in October 2018, the 'self*care' project marked Sega’s most ambitious project to date. Comprising a 6-track EP of skewed electronic music, placing his own vocals at the forefront for the first time, and an accompanying series of short films, self*care meshes his pioneering work in alternative pop music with his love for film scores in an exciting new way. It also represents a natural progression from his ‘SS’ mixtapes - a concept in which he re-scored classic film trailers and released the audio in album form.

2018 has seen Sega involved in his highest-profile projects to date. As well as the aforementioned self*care project, he scored Nike’s recent Jumpman advert and contributed music to Rihanna’s Puma x Fenty show, while he was selected as part of the prestigious Dazed 100 list alongside the NUXXE collective he co-runs. He recently contributed sound design to Brooke Candy and PornHub’s landmark I Love You, the first adult film to feature full-length gay, lesbian and trans scenes all under one title. His Soundtrack Series show on NTS Radio - a monthly showcase of film and soundtrack music - continues to be one of the station’s most popular shows.