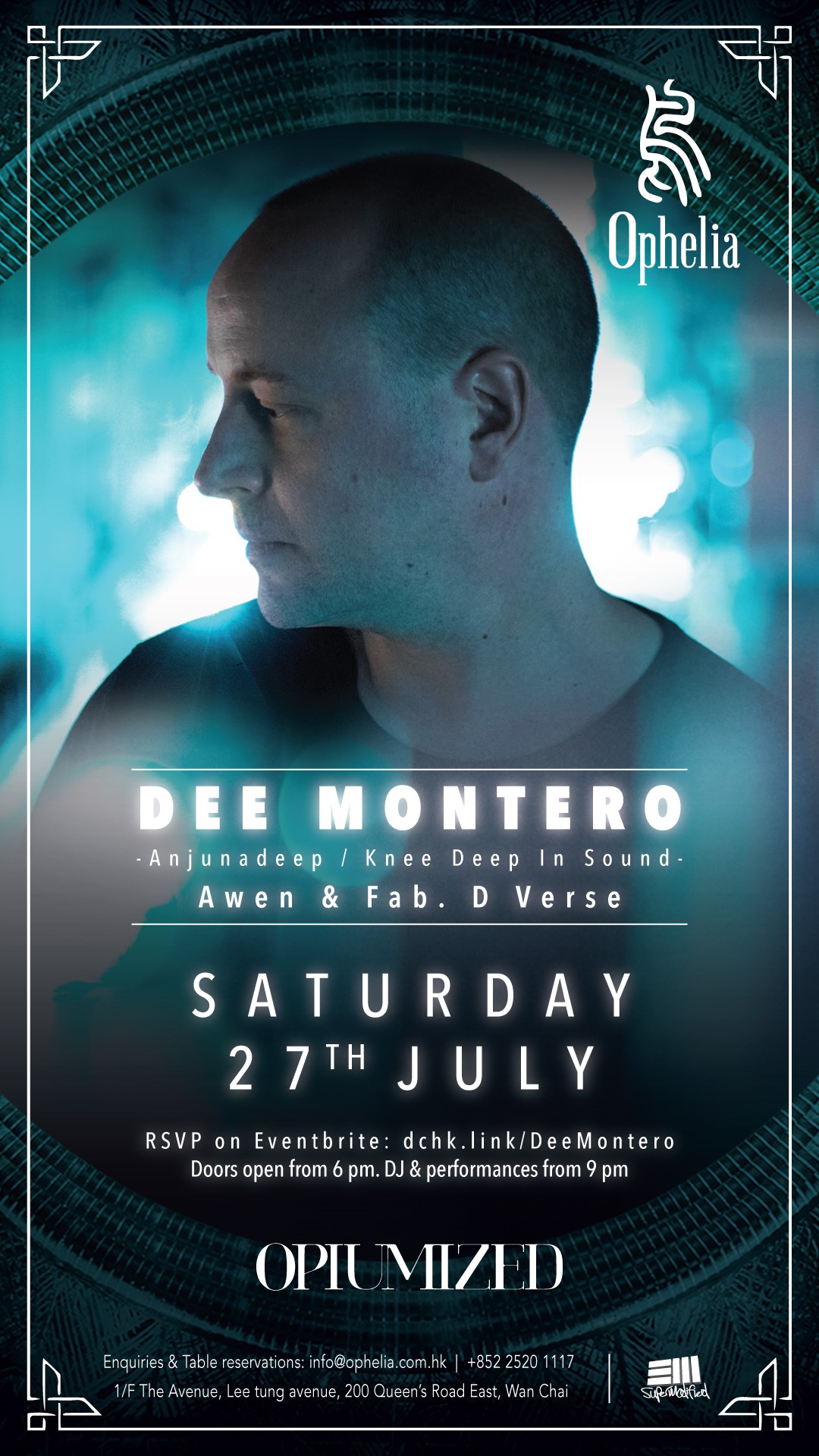 Dee Montero is a lifer. He’s the Belfast-born house-head who went from listening to pirate radio shows and mix-tapes to digging in the crates and then made the giant leap to Ibiza long before social media became de rigeur on the island and in the world. He’s the former Café Mambo DJ resident who played alongside some of the greats before making the move to Hong Kong, where he booked some of the biggest and best DJs in the world, and then returned to the Balearics brighter, faster and stronger. And at the end last year he received the biggest accolade yet: Pete Tong’s Essential Tune Of The Year on BBC Radio One for the string-fuelled, epic end-of-nighter ‘Halcyon’, originally released on Solomun’s acclaimed Diynamic imprint at the end of April. It’s been quite the trip for Dee Montero.

In the past few years, things have unquestionably gone in an upward direction for Dee. Last year he performed at Burning Man on the Carl Cox stage (a career highlight if ever there was one) and also at Hï with Joris Voorn and Nic Fanciulli at In The Dark. These shows dovetailed with him going solo as a producer and critical releases such as ‘Full Body’ on Saved and the epic ‘Vedra’ on Knee Deep In Sound and ‘Fade Into Noir’ feat Aya on Selador. But the best was yet to come. At the end of 2017, Pete Tong bestowed Dee with ‘Essential New Tune Of The Year’ for ‘Halcyon’, released on Solomun’s Diynamic label.

Welcoming back Awen to Ophelia, she will be on vocals with our resident DJ Fab. D Verse.

Founder of Hong Kong-based experience designers, Rage by Awen, Awen has been involved in some of Hong Kong’s hottest parties. Among other things, she initiated a Tribute Series at Salon 10 as well as Akmonian, a deep house collective featuring a harp player, a dancer and a DJ. Awen also gave a TEDx talk in Hong Kong for TEDxTinhauWomen on the power of music as a therapy. She is currently working on her first EP.
Dripping with charisma, sensitivity and heart Awen is a natural performer effortlessly connecting with audiences.