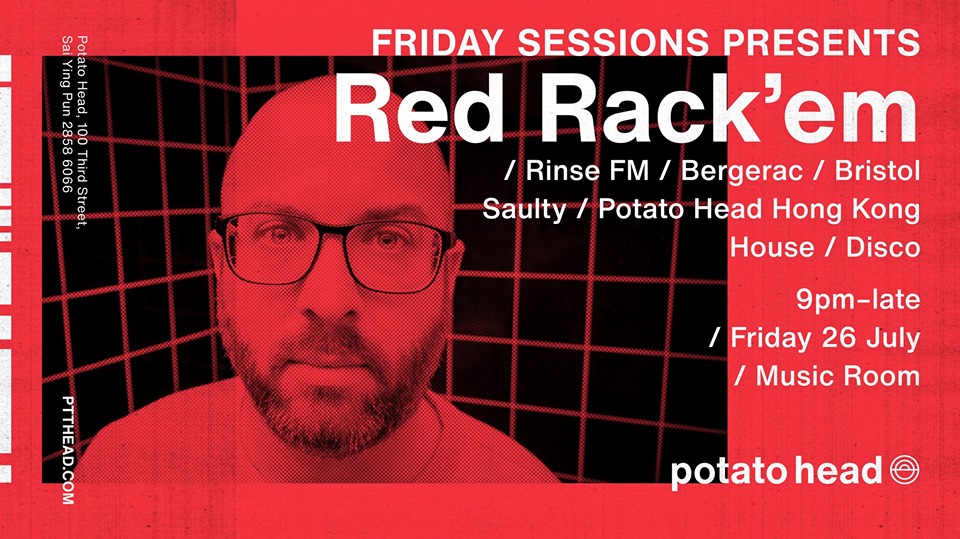 Daniel Berman has been DJing for over 20 years now under various aliases and he’s best known for his Red Rack'em moniker. His productions have seen releases on Wolf Music, Philomena/Innervisions, Sonar Kollektiv as well as on his own Bergerac imprint. Daniel has remixed artists such as Tricky, Jazzanova, Tensnake, Jah Wobble and Tinie Tempah over the years.

In 2016 Red Rack’em released his biggest hit to date, 'Wonky Bassline Disco Banger', which received huge DJ support from the likes of Moodymann, Black Madonna and even Sir Elton John.
The track went on to be both the biggest selling vinyl single of the year at Juno, as well as being awarded record of the year at Phonica.