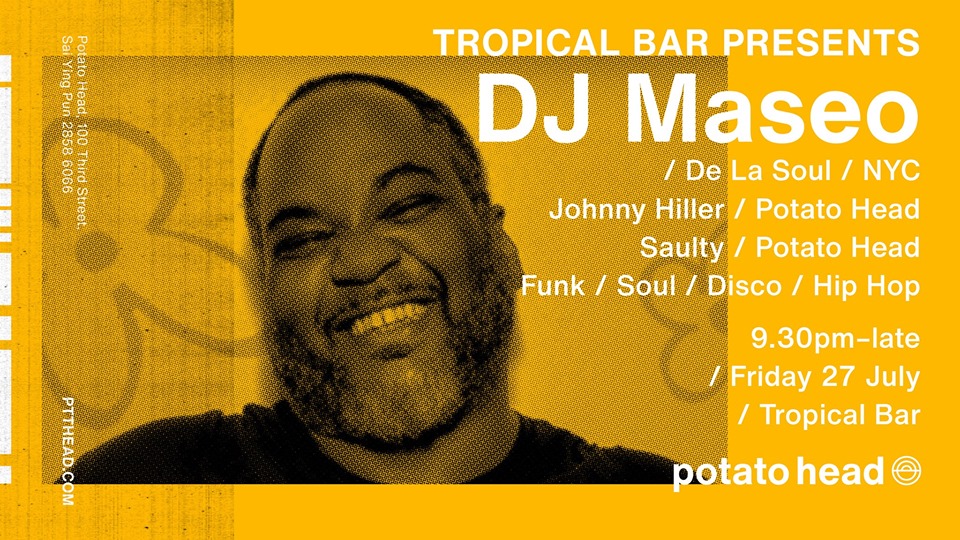 Since the release of their iconic debut album ‘3 Feet High and Rising’ back in 1989, they have won one Grammy, two gold and one platinum award.

Maseo is a b-boy at heart and the weeks after leaving high school, he went on tour with LL Cool J, Slick Rick and Big Daddy Kane, and has since collaborated with acts like, Tribe Called Quest, Jungle Brothers, Queen Latifah Gang Star’s Guru and provided a launching pad for artists like Mos Def.

Expect a fun filled show of old and new party jams with Maseo, billed to play a 2 hr DJ set.

Places to this event are super limited.
Please note, this is strictly a TICKETED only event.