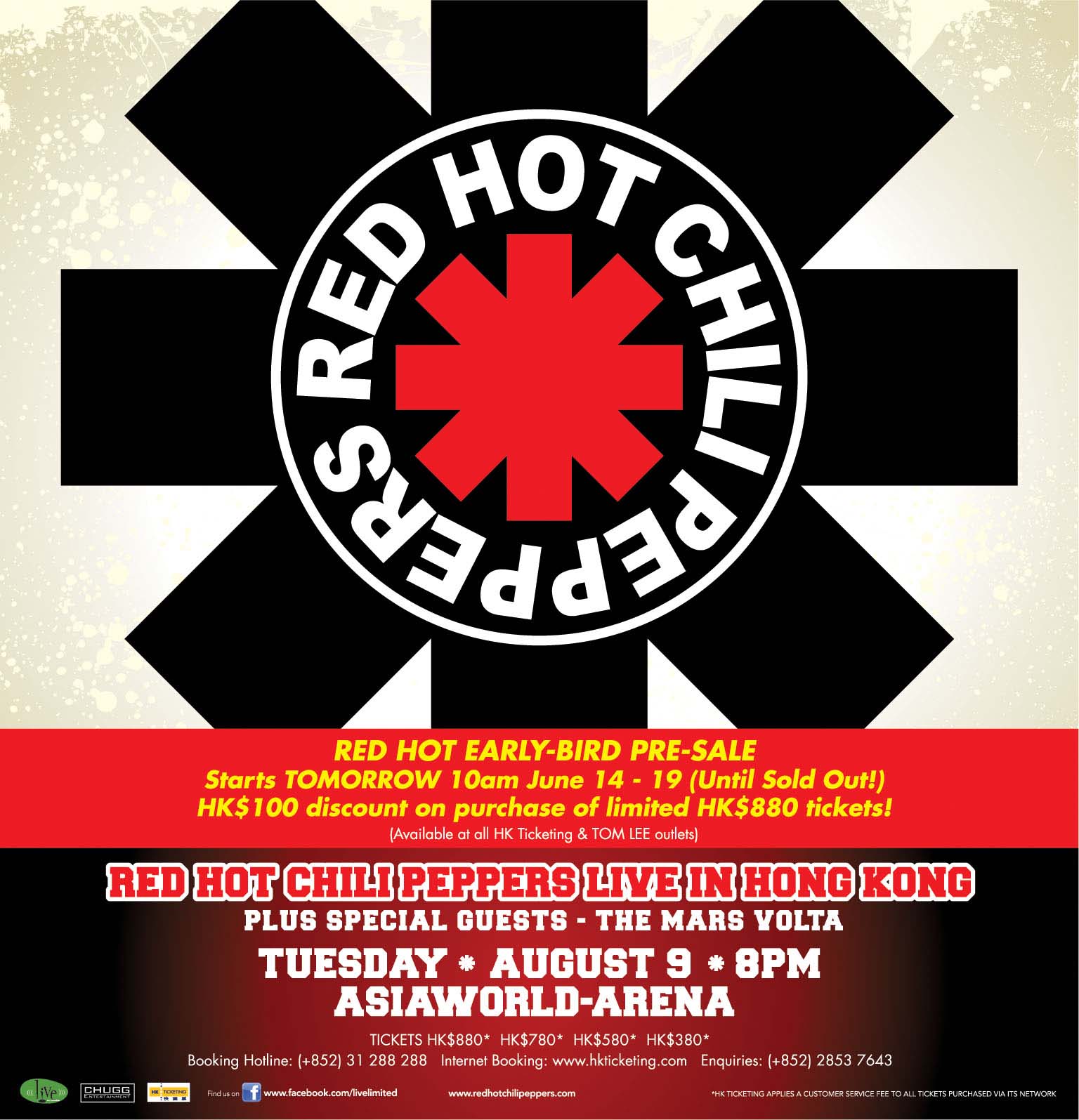 Live Limited & Chugg Entertainment are proud to welcome rock icons The Red Hot Chili Peppers and their special guests The Mars Volta on their first ever visit to Hong Kong. The concert will take place on 9th August, Tuesday, 8pm at the AsiaWorld-Arena. This show will also be the ONLY concert in the Asian region this year.

The Californian rockers are currently working on their 10th studio album 'I'm With You', produced by Rick Rubin slated for release end August 2011. The band is also confirmed to headline the 2011 Summer Sonic Festival and Rock in Rio later in the year.

Special guests The Mars Volta is an American progressive rock band that hails from El Paso, Texas. The band is best known for their energetic and improvised live shows as well as for their concept-based studio albums. In 2009, the band won a Grammy Award in the 'Best Hard Rock Performance' category for the song 'Wax Simulacra' and they were named rock music's “Best Progressive Rock Band” of 2008 by Rolling Stone magazine.