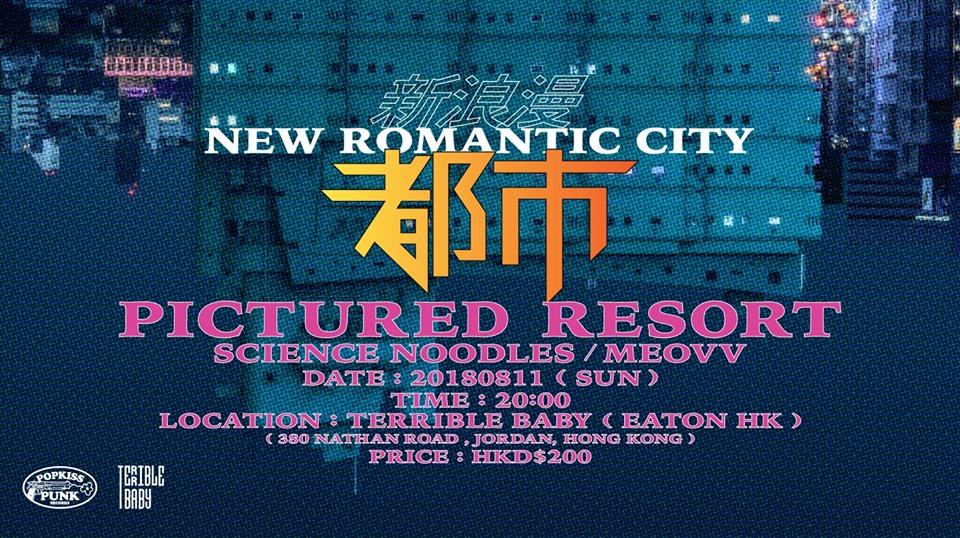 Pictured Resort is the urban synth pop band based in Osaka, Japan. Represented by the 1st album "All Vacation Long" in 2016 and "Southern Freeway EP" in 2017, their breezin' and transparent sound was highly rated by not only fans of City-Pop, but also 80's Synth Pops, Indie Pop, Dream Pop, and especially AOR(Album-Oriented Rock).

On 3rd July 2019, they finally released their 2nd full album "Pictured Resort". This time they wrapped their airy synthesizer, soft whispering vocals, solid rhythm section in the wide and dreamy feelings more than ever before.

Followed by Shanghai tour in 2017, and Manila tour in 2018, this August they start the 2nd album release tour from Shenzhen, Guangzhou, to Hong Kong.