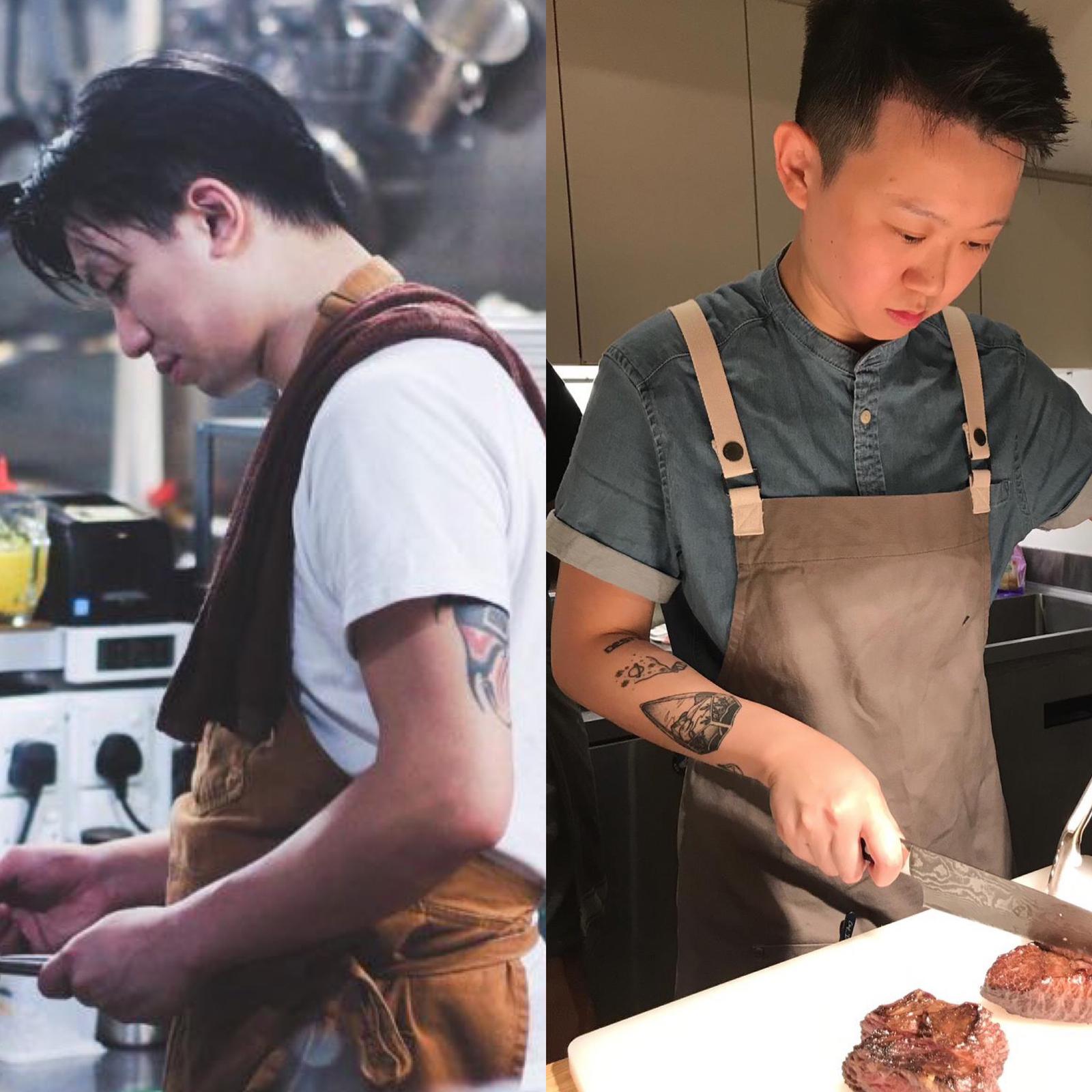 We are curating an exciting 4-hands popup series with some of the best local talents, tfvsjs.syut 談風 : vs : 再說 earned a cult following for imaginative dishes that wouldn’t look out of place in a fine dining restaurant, chef Sean Yuen, together with our very own chef Devon Hou.

The incredible 8-course menu ($980 for 8-Course Tasting Menu, additional $480 for wine pairing) focuses on hero-ing seafood and vegetables, while showcasing both chef's European cooking style in a modern creative fashion. (see below)

Chef Sean has been in the industry for over 15 years, he started his early career at Pearl a modern Australian fine dining restaurant, and Florentino at Grossi both a 2 Hatted restaurants, in Melbourne Australia.   After he returned to Hong Kong he continued his passion in cooking in 2012 and worked at Caprice in Hong Kong to further hone his skills before opening tfvsjs.syut with his partners and brothers which started as a band.

tfvsjs.syut is a restaurant founded by Hong Kong based musicians who decided to merge what they are passionate about: food, art, music and culture. The restaurant/ recording studio is now situated on Hop Wo Street, Sai Ying Pun. Restaurant team is made up of band members; where the bass player is the head chef. In the restaurant, you will find an eclectic mix of beautifully presented dishes.  After 5 years of opening, they have touch the hearts of foodies and musicians alike in this town and is now on a break before they relaunch in a new location.

Devon’s 15-year culinary career started with three years at Amber in the Landmark Mandarin Oriental. She was a sous chef as part of the opening team at Tate Dining Room for nearly 4 years, during which time the restaurant received a Michelin star.

Further time in London as Chef de cuisine of renowned tapas restaurant Camino kindled her love for Spanish cuisine and ingredients, as did her travels around Europe.

Currently she’s the Head Chef of Test Kitchen and for the past year and a half she’s been part of the team to curate and execute our on going popup dinner series with chefs from around the world.