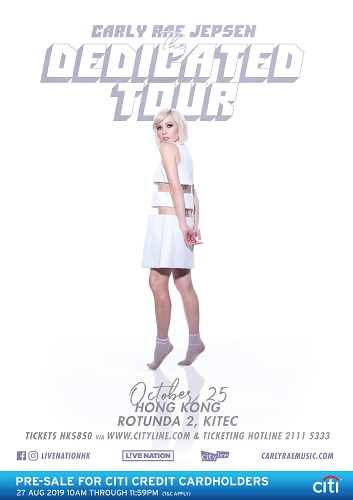 Carly Rae Jepsen, multi-platinum-selling Canadian pop star of the global smash-hits “Call Me Maybe”, “Good Time”, and “I Really Like You” has announced her return to Hong Kong in her latest The Dedicated Tour on October 25, 2019 (Friday) at Rotunda 2, KITEC. 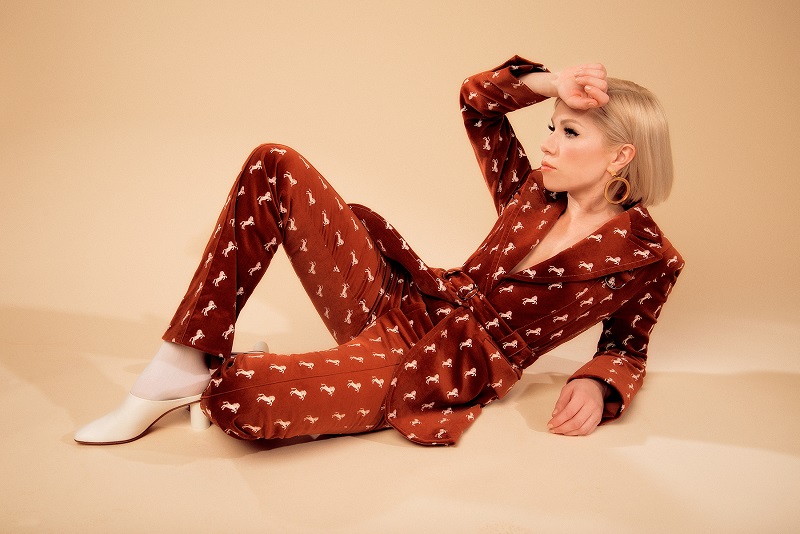 After Carly Rae Jepsen released her critically acclaimed album E•MO•TION in 2015, it became “a modern touchstone for a new crop of pop-leaning artists and legacy acts,” as NPR noted, adding that “the blast radius of E•MO•TION is expansive.” The album also inspired an abundance of memes — extending the cultural cachet that Jepsen earned from the ubiquity of her Grammy-nominated blockbuster hit “Call Me Maybe” (from her U.S. debut album Kiss), which not only climbed to No. 1 on the iTunes Singles charts in over 47 countries, sold over 20 million singles worldwide, and was certified Diamond in the U.S., but was referenced by everyone from former secretary-of-state Colin Powell to Cookie Monster.

But where E*MO*TION, which featured the platinum single "I Really Like You," was an ’80s-influenced synth-pop classic that Rolling Stone called “a pop masterclass.” Jepsen’s new album, Dedicated, retains the joyful, hook-filled feeling of its predecessor. Working with a crew of trusted songwriters and producers, among them John Hill, Jack Antonoff, Captain Cuts, Kyle Shearer, James Flannigan, Patrik Berger, and her longtime collaborator Tavish Crowe, Jepsen indulged in more sonic experimentation than she has in the past. “Even though the songs were written in different places with different people, they all feel like what my life has been like over the past three years.” Dedicated finds Jepsen reflecting on the idea of what it means to be that committed to someone. “I thought about the word ‘dedicated’ and how it’s about being there for someone through thick and thin. It's something I thought about a lot while making this album, so it felt like a fitting title.”

“There aren’t a lot of hopeless romantics left out there,” Jepsen says. “But I believe in it. Romantic love is always going to come with some sort of euphoric high to me, so I keep singing about it. Even though a million songs have been written about it, I’ll still contribute my couple thousand, so by the time I'm gone, you'll know that I was a believer, too.”