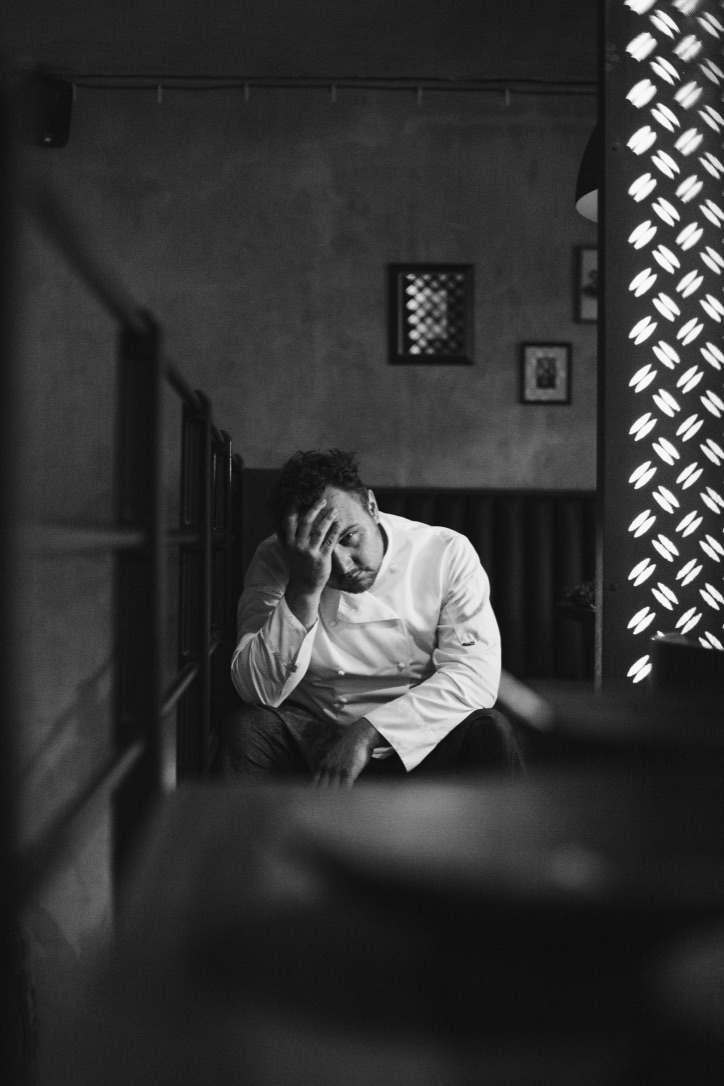 Polish chef, restaurateur, writer and sculptor Aleksander Baron will pop-up at Test Kitchen from 11-14 September with a creative and adventurous menu of new Polish cuisine.

The pioneering eight-course menu will feature classic Polish flavours, reimagined in artistic ways, in dishes such as Beetroot Sour Ceviche with apple, mustard seeds in apple vinegar and herbs, and Goose Omasta with burnt onion and black trumpet mushrooms.

Aleksander Baron rose to fame in his native Warsaw when he opened Nowy Wspanialy Świat and, later, Solec 44. Trained in the fine arts, Baron seamlessly blends his artistic talents with his culinary prowess, resulting in exquisite dishes made with the finest locally-sourced ingredients.

The inimitable chef has published three culinary books and has also had the honour of cooking for Queen Elizabeth II herself.

Oyster with apple reduction and fenugreek/carp in gray sauce

Aleksander Baron is a Polish chef, restaurateur and food writer. He has run and owned many Polish and British restaurants as well as written several culinary books.

Aleksander Baron is a Warsaw born artist with a background in graffiti. He studied sculpture at the Academy of Fine Arts in Warsaw and History of Art at the University of Warsaw.

In his early twenties Aleksander left Poland and moved to the United Kingdom, where his culinary career started. He worked and lived in Edinburgh for four years where he head chef of a well-known restaurant — Sizzling Scott. Aleksander had the honour of cooking for Queen Elizabeth II at her birthday ceremony.

Aleksander has a very defined philosophy of cooking it consists of several rules: using only locally-sourced ingredients of the highest quality. Secondly, he recognises Polish history and the way it has influenced its cuisine; Aleksander wants to preserve and improve the best parts of it. For him, cooking is also a creative process — he still perceives himself as a sculptor when cooking, simply using different materials.

Test Kitchen is a pop-up dining movement in Hong Kong. Situated in Sai Ying Pun, the menus are ever changing to showcase up-and-coming chefs from across the world. Whether diners come alone, in pairs, or in groups, they all come to share their passion and love for food.  #testkitchenhk