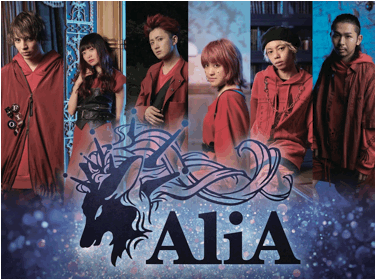 Lushington Entertainments is proud to announce Japanese rock band AliA will return to perform in Hong Kong on 6 March 2020 (Friday), 8:00pm at Musiczone@E-MAX

AliA (written in Japanese as アリア), is a six piece rock band with members including vocalist AYAME, guitarist Okamura Eren, keyboard TKT, violinist RINA, bassist SEIYA and drummer BOB. The band made their debut in July 2018 with the mini album “AliVe”, which encompasses a wide range of styles, from up-tempo songs such “Impulse” and title track “Limit”, to mellower offerings like “Voice”.

In a short period of six months since the release of the first mini album, the band released their second mini album “realize”, and their robust growth will never stop. Following their shows in Taiwan and Hong Kong in the summer of 2019, AliA announced they will go on their first ever world tour from January to March 2020.