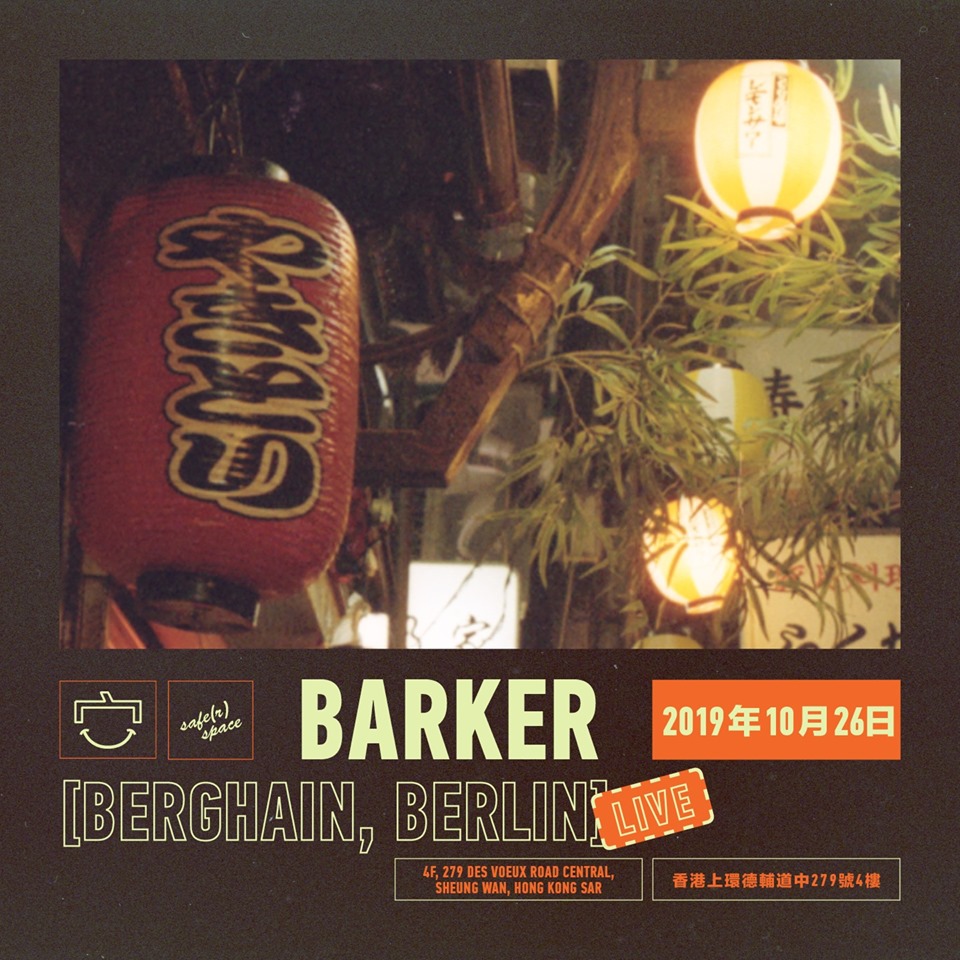 We have been working for a long time on that very special Techno Live set at the club with the longtime Berghain resident Sam Barker. He will be bringing all his machines to offer a unique experience, rarely if not never seen before in Hong Kong.

As a musician and DJ, Berghain resident and co-founder of the Leisure System label, Sam Barker has helped push the boundaries of dance music in Berlin, looking beyond the realm of 4/4 techno to explore left-field sound design and rhythmic complexity.

His musical approach – both solo and in the duo Barker & Baumecker with longtime Panorama Bar resident nd_baumecker – unselfconsciously combines bass music tropes, breakbeat, dub and ambient elements while still maintaining a strong connection to the dancefloor.

This broad musical vision has not only guided Barker & Baumecker various EPs, LPs, and remixes for Ostgut Ton (most recently the 2016 LP ‘Turns’), but also Barker’s curatorial direction for Leisure System, which now boasts one of the longest club night residencies at Berghain. Having put out records by the likes of Dopplereffekt, as well early EPs by Objekt and Visionist, Barker has proudly operated on techno’s periphery – and, in the process, sought to shift its center.

A classically trained musician, British-born and Berlin-based Barker is also an active instrument designer and builder who combines coding skills with analogue, electric and acoustic instrument construction under the name Voltek. Most recently he worked together with Underground Resistance’s Ray 7 on a sonic architectural exploration of empty factories in Detroit using self-programmed analogue percussion instruments.

No photos.
No dresscode.
Feel free to feel free.