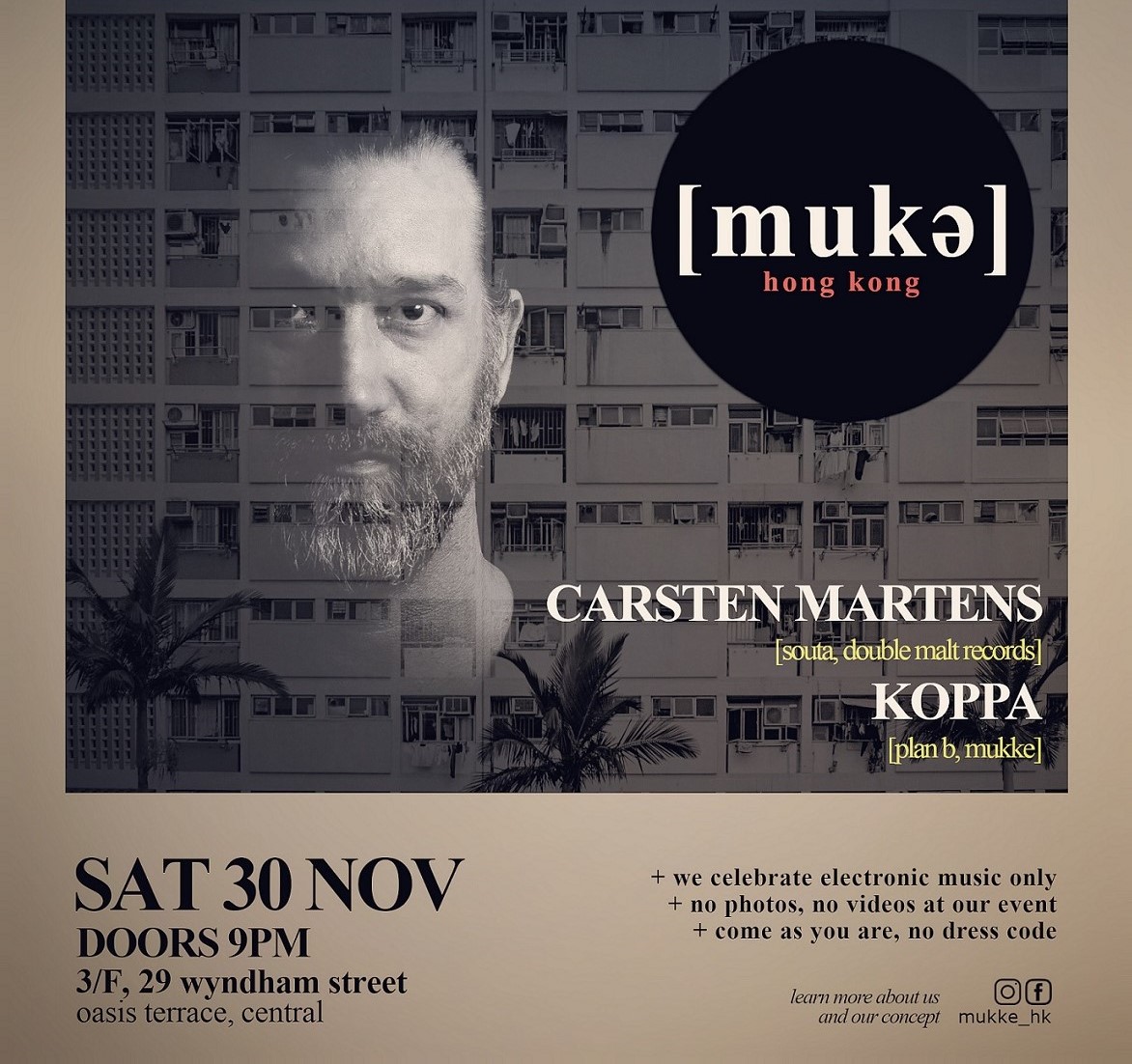 mukke, pronounced [mukə], is german slang for pretty good music and the core of our event - we celebrate electronic music and create a night of craziness, dance and joy.

door: $100, including one drink
no photos or videos at our event
come as you are, no dress code

we look forward to dancing with you

INTRO: WHO IS CARSTEN MARTENS?

From the age of 15, Carsten had been playing guitar and singing in various bands. It wasn’t long before he became a fully fledged multi-instrumentalist, and the diversity of his musical diet and upbringing has led to the cultivation of a sound, and an attitude towards music that is uniquely his own. With the punk ethos coursing through his veins, Carsten refuses to depend on libraries or samples, and it shows in his raw, DIY productions. Above all, it’s about creative freedom, and expression in its purest form.

Carsten also runs his own independent electronic underground record label, Double Malt Records, which features a talented roster of both local and international artists, which is now continued as ‘souta’.

Carsten's single ‘Sleepless’ showcases his ability to combine underground elements with dreamy grooves to an intimate and big tune at the same time. One of the many reasons we are thrilled to have him play with us at [mukə].

Carsten will be supported that night by Koppa, who played for over 10 years his take on electronic music as Kevin Coppa in Siegen (DE) and surrounding clubs such as Plan B, Dee2, legendary Monokel Club and lA hAciendA locA / locA3 events.