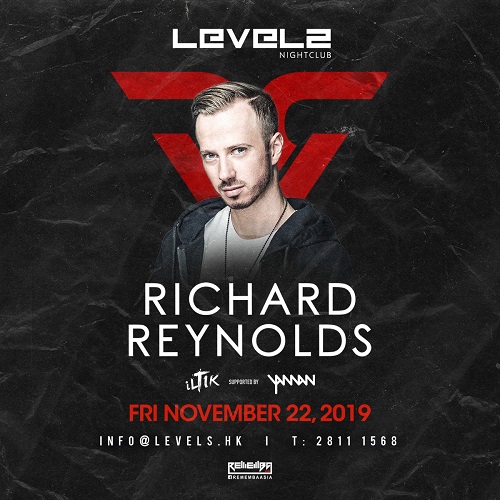 Jetting in from the Czech Republic, Richard Reynolds is hitting the decks at LEVELS on Friday, November 22nd for a wild night of killer beats and mind-blowing drops! A DJ and EDM producer, his tracks have gained support from heavyweights like Hardwell, Marcel Woods, Tom Swoon, Andrew Rayel, Dzeko & Torres, Juicy M, Nari & Milani, YVES V, and more. In 2011, he garnered attention and recognition after winning the DJ contest at Machac, the biggest open-air Czech festival, performing on the main stage alongside powerhouses Sebastian Ingrosso and Alesso. Having returned to the festival stage every year since, he has graced the stage countless times since, performing in England, China, Denmark, Austria, Croatia, Amsterdam, and Slovakia. With hits like “Shake It” and “Chasing the Love” receiving support from Hardwell, Andrew Rayel, Juicy M and more and getting over 2.5 million views on YouTube, Richard Reynolds is in a class of his own. Catch his enthralling set at LEVELS! You won’t want to miss out!