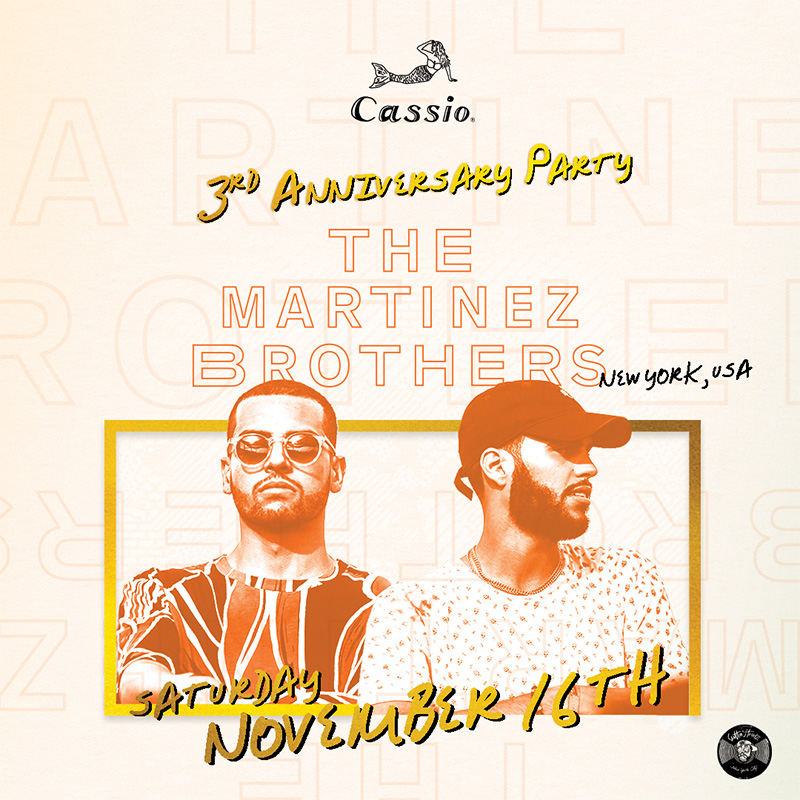 Growing up the Bronx, the two brothers were raised with an appreciation for house music. At just 18 and 15 years old, Steve and Chris released their first EP under the guidance of Dennis Ferrer in 2006.

Since then they’ve received a growing wave of international renown and respect. In 2011 they began a residency at DC10 in Ibiza and over the years they have played at internationally renowned festivals including Coachella(US), Ultra Festival(US), Lovebox(UK), Time Warp(DE), Peacock Society(FR), and Creamfields(AR). They were voted Mixmag’s DJ’s of THE YEAR in 2014, the same year that they also founded two labels: Cuttin’ Headz and Tuskegee, a collaborative project with Seth Troxler.

In 2016, The Martinez Brothers had significant releases on both their labels Cuttin’ Headz and Tuskegee. As of lately, the brothers have only continued to expanded their dominance within the underground dance world. 2017 included a massive sync for the Louis Vuitton X Supreme campaign and an even further expansion into the world of fashion with Carolina Herrera and Fendi collaborations as well. 2018 saw highlights such as a sold out headline London play (6500+ tickets), a joint EP with Tiga and a signature line of glasses with Ray Ban.