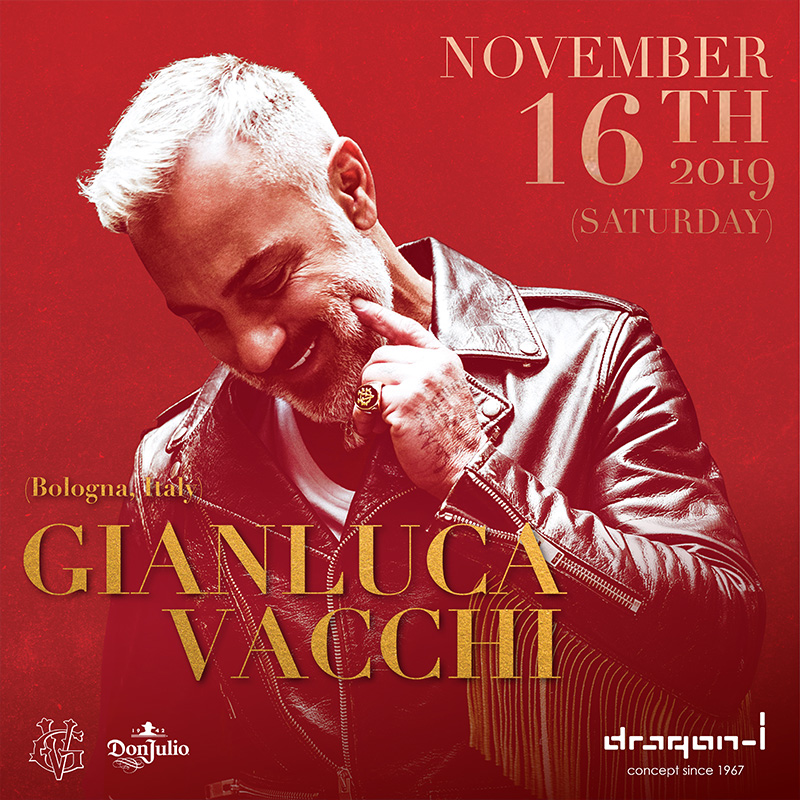 Entrepreneur; social media star; DJ; producer; Gianluca Vacchi is a man who triumphs whatever he puts his hands to. His athletic, hedonistic, daredevil playboy antics on social
media made him a star whose charisma people were naturally drawn to, and after amassing an enormous following he decided to follow his dreams in music. Having made his passion and commitment for music clear by announcing the launch of his DJ and production career, he has quickly become a major force in the music industry — and he’s only just getting started.

Partnering with Spinnin’ Records — the world’s biggest dance music label — he brought the mighty “Trump-It” and “Viento”, showing a real talent for choosing the right collaborators and creating anthemic tracks with memorable hooks together. His flair and electric personality were perfectly personified in these first two singles, making them the musical embodiment of the fun-loving vibe that he stands for. With over 40 million plays for these first two efforts, it’s clear that he’s heading for very big things indeed.