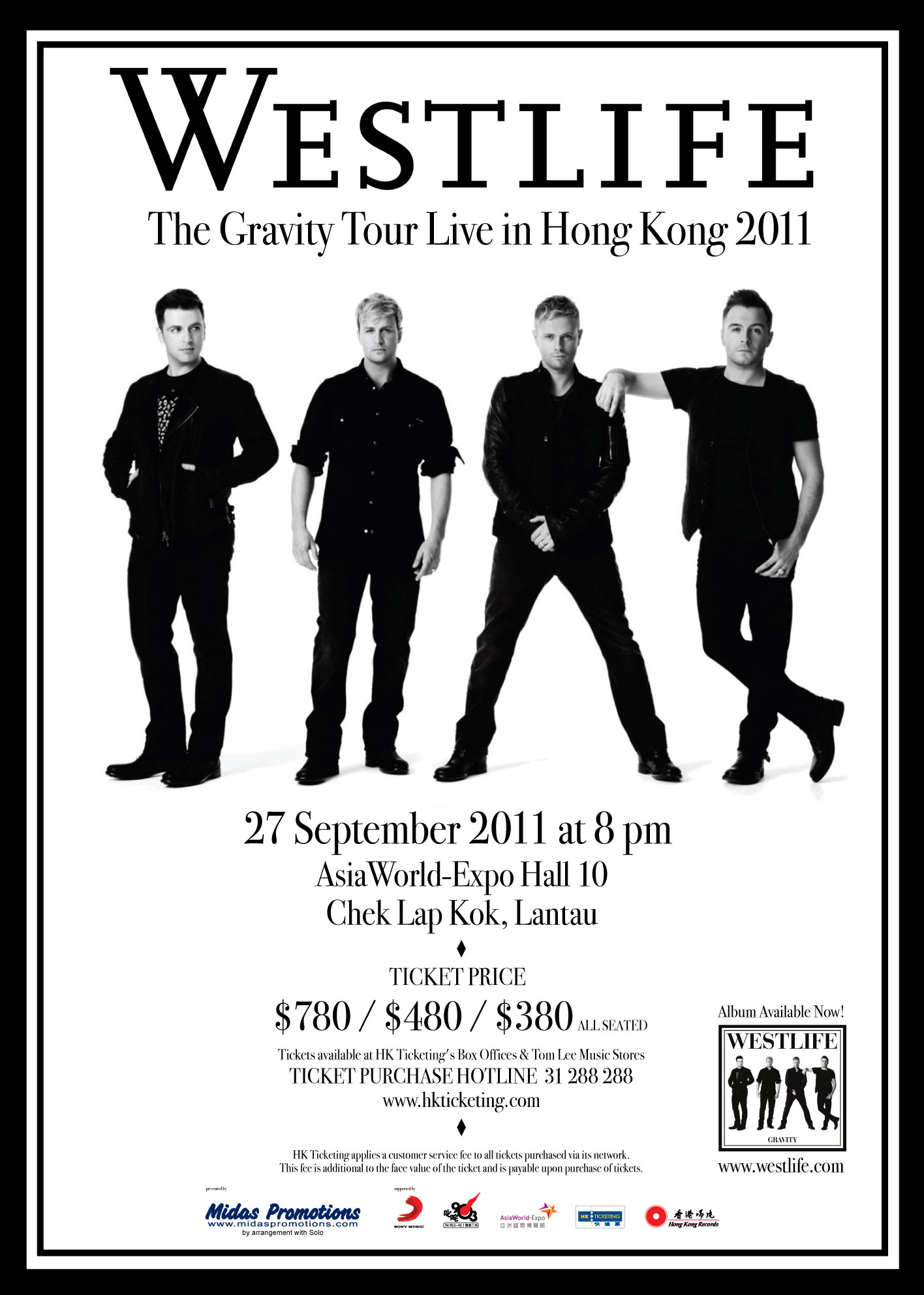 Fans of the Irish pop sensation Westlife get ready for a night of powerful ballads as the group return to Hong Kong this autumn. Westlife The Gravity Tour Live in Hong Kong 2011 will be held on 27 September at the AsiaWorld-Expo.

The Irish quartet of Nicky Byrne, Shane Filan, Mark Feehily and Kian Egan first broke onto the pop scene in 1999 with hit single Swear It Again. Since then Westlife have been churning out hits after hits including Flying Without Wings, My Love, Against All Odds、Uptown Girl 、World of Our Own、Mandy and You Raise Me Up. The group continues to gain popularity, break records, sell out tours, win awards and top charts.

Thirteen years, ten albums and 44million sales later, Westlife launched ground-breaking album Gravity last year. The album has a renewed sense of heart, soul, vigour and pride. First single Safe showcases the awesome emotional weight of an outfit at the height of their powers. Opener Beautiful Tonight sweeps and explodes into life with electronic pulses adding to its sense of euphoria. Chances is a tender meditation on missed opportunity while I Get Weak is a dark descent into despair and Too Hard To Say Goodbye a heart-tugging dissection of grief.

Fans should not miss their chance to be part of Westlife’s one night only live gig. Brought to you by Midas Promotions, Westlife The Gravity Tour Live in Hong Kong 2011 is held on 27 September 2011 at the AsiaWorld-Expo Hall 10. Tickets to the show are on sale through HK Ticketing and Tom Lee Music Stores (www.hkticketing.com; tel: 31 288 288) from Monday, 18 July 2011.