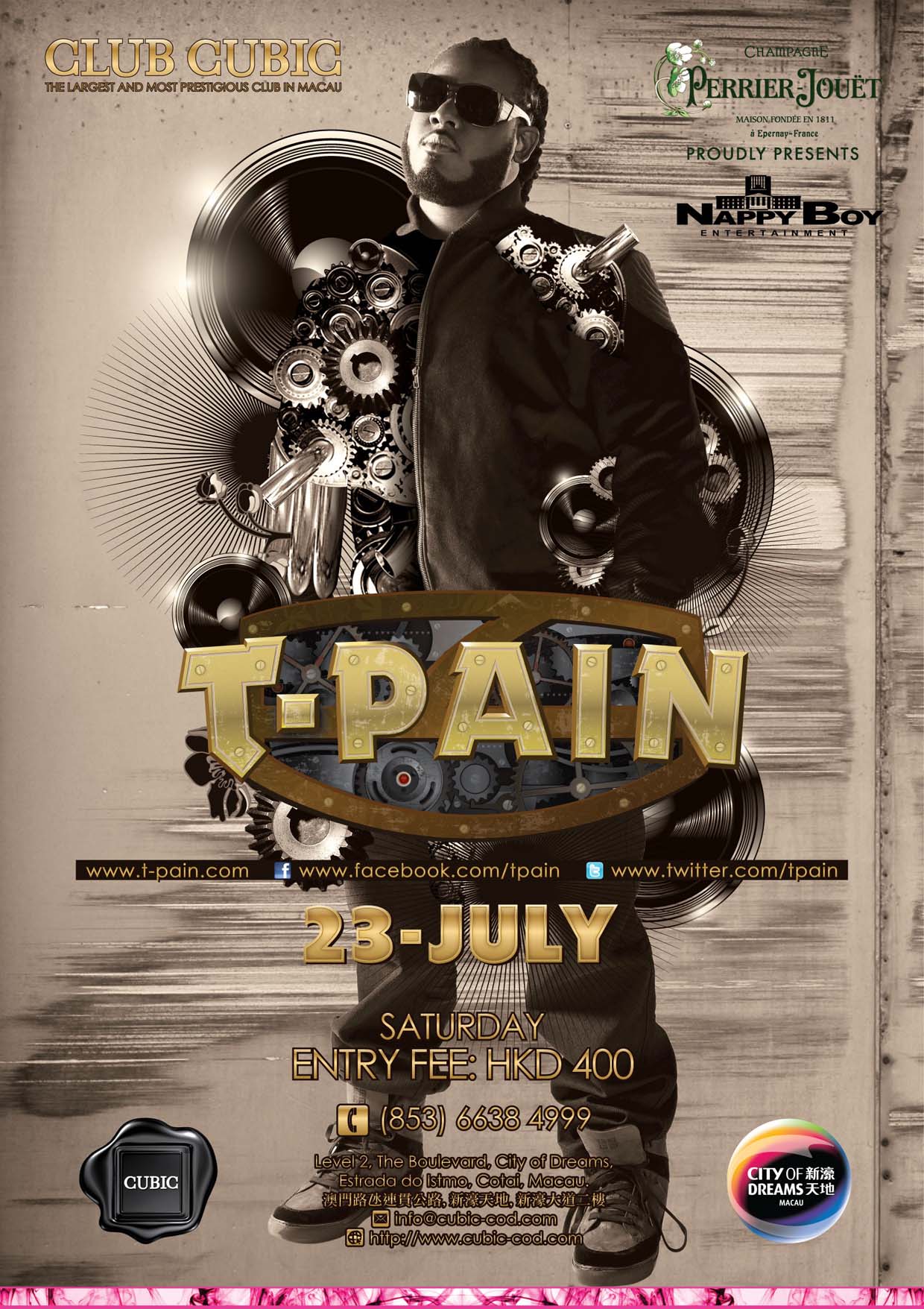 From his tangled dreads and streetwise fashion sense to his breathtaking harmonies and insightful lyrics, T-Pain is not your usual R&B singer, and fans all over the world are starting to take notice.

Tallahassee-based MC and vocalist T-Pain came up in a rap group called Nappy Headz but went pro as a solo R&B artist after he recorded "I'm F**ked Up," a personal take on Akon's Top Ten hit "Locked Up."  T-Pain’s sly remake of Akon’s “Locked Up” caught the attention of music industry insiders, and the independent release of his “I’m Sprung” single led to a contract with Zomba Recordings.

T-Pain has collaborated with numerous A-listed artists includes Kanye West, Justin Timberlake, Chris Brown, Lil Wayne, Pitbull, Akon, Snoop Dogg… etc.  T-Pain’s use of the vocoder made his music stand out, and his prolific, high-quality output turned him into one of music’s most oft-imitated and in-demand producers, singers and collaborators.

Due to program modification, Akon performance will be postponed until further notice.  For enquiry, please contact 853-8868-4324 (1pm – 9pm, Monday to Friday) or email to rsvp@cubic-cod.com.