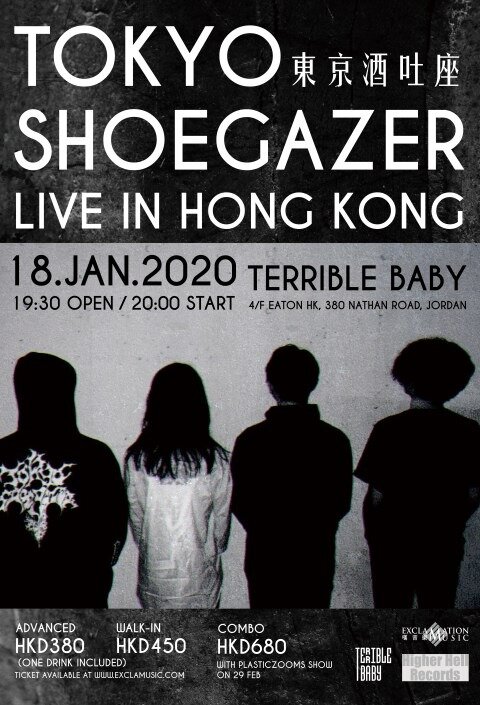 Tokyo Shoegazer are a Japanese shoegaze/post-rock band originating from Tokyo, with female vocals that have a psychedelic vibe. The band was formed in October 2010 by former Plastic Tree drummer and prolific musician, Hiroshi Sasabuchi. They disbanded in 2013, but after six years, they are back to performing with drummer Hiroshi Sasabuchi, guitarist Kiyomi Watanabe, guitarist Yoshitaka Sugahara, and ethereal vocalist Shoko Inoue.

Tokyo Shoegazer is already a legendary group in Japan and has earned quite a reputation overseas. In January, the band will perform in Hong Kong for the first time at Eaton HK. The band has recently remastered its debut album "Crystalized" and is about to release a new title, "Moondiver".