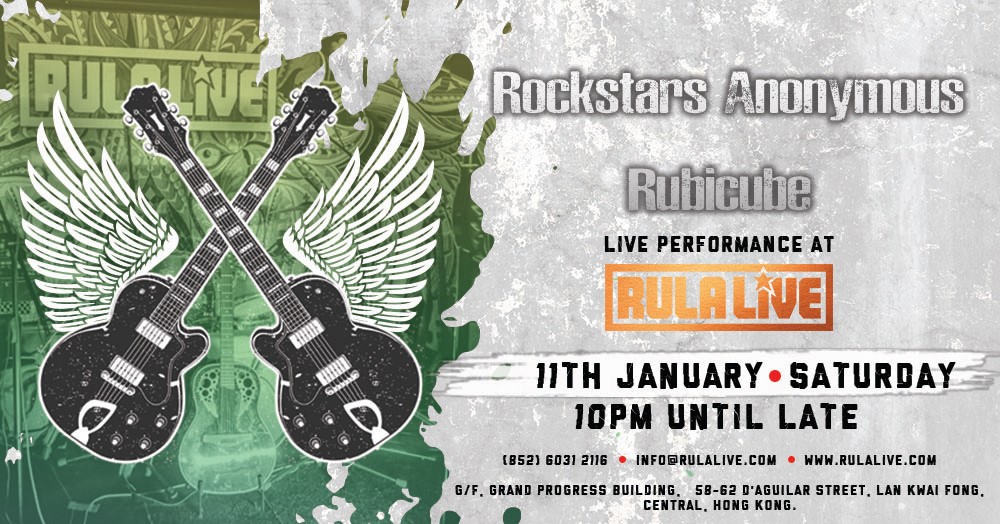 Rockstars Anonymous is a Hong Kong based rock band who play popular classic rock songs, whilst keeping their true identities hidden! The band is made up of musicians from all over the world who, between them, have played over 1,000 live shows.

Rockstars Anonymous will throw you back into the 80s, with their flamboyant and energetic live shows. Hits from Aerosmith, Def Leppard, Bon Jovi, Van Halen and Kiss are just some of the many songs you will hear during the show.