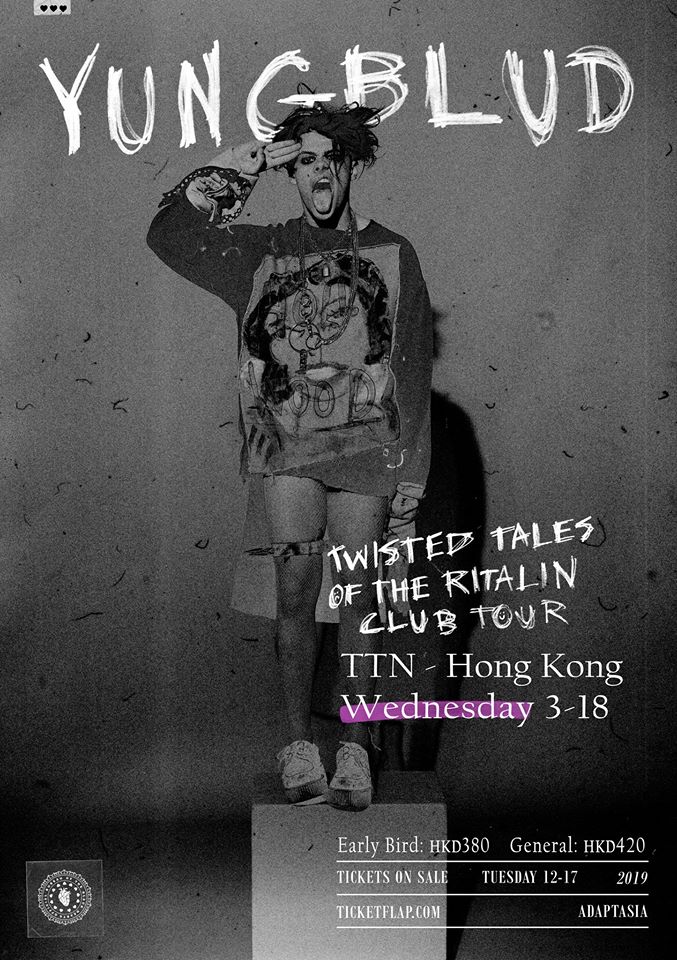 In light of recent events, we regret to announce the cancellation of Yungblud ‘Twisted Tales of the Ritalin Club Tour’ Live in Hong Kong on March 18, 2020 at This Town Needs.

Customers who have purchased tickets will receive full refund. Refunds will be automatically credited to the same credit card used for the transaction. Please contact Ticketflap at contact@ticketflap.com for all refund enquiries.

We apologize for any inconvenience caused and thank you for your understanding.

Since exploding onto the scene with his 2018 debut album 21st Century Liability, YUNGBLUD has traveled the globe and brought his rebel-minded hip-hop infused rock-and-roll to an ever-growing legion of fans. In the midst of his nonstop touring, the London-based artist has built a one-of-a-kind bond with his young audience—a deeply felt solidarity that served as a major touchstone for his new EP, the underrated youth.

“This EP is about all the people I’ve met and the stories I’ve heard in the past couple of years,” says the 22-year-old singer/songwriter/musician otherwise known as Dominic Harrison. “My fans are constantly telling me about the incredible things they’ve gone through, like coming out to their parents or transitioning to another gender. With every day, every gig, every DM, it’s become less and less about me and more about this whole collective of people coming together to fight for what we believe in.”