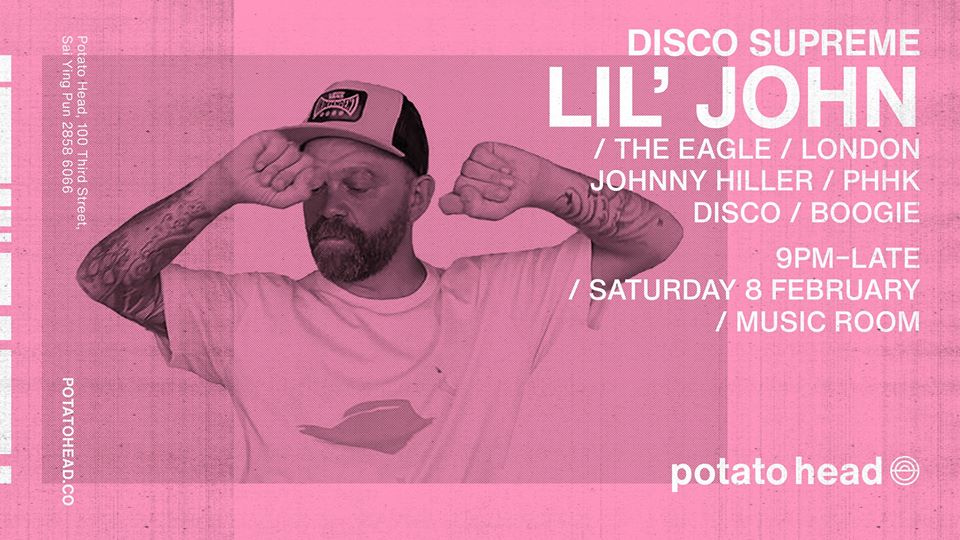 Disco Supreme welcomes Lil' John, one of the original residents of London's iconic nightlife venues The Eagle in Vauxhall, for a night of disco music spin (and more) in The Music Room.

Arguably best known for global disco sensation Horse Meat Disco's London base and residency (Sunday's) for over 15 years, The Eagle has widely been regarded for its welcoming spirit. As well as being known for attracting a fun, non judgmental crowd of different ages, colours, genders and dreams, essentially all share the same aim: to come to a place where you have no inhibitions and can where you can (euphorically) dance to some of the best music around.

Expect to hear some slow grooving music to club music from the 70s to the 90s to strutt your stuff to this Saturday night. Support comes from the Music Room's own, Johnny Hiller.